"Immigrant Aid and the Volunteer Worker" by Bruce M. Mohler 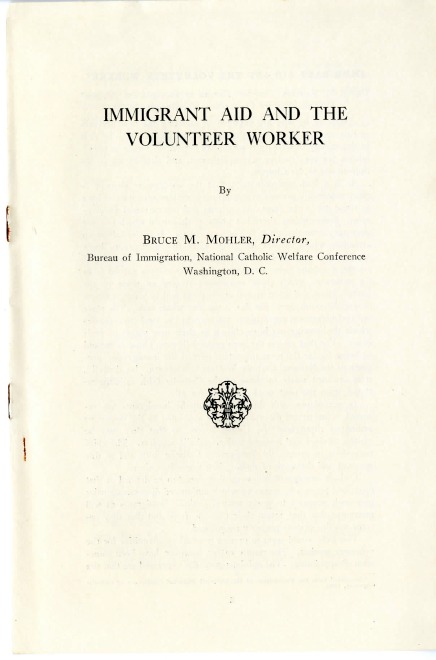 The Emergency Quota Act of 1921 and the Johnson-Reed Act of 1924 made it difficult for immigrants to enter America and become citizens. Because of the large immigrant population in the American Catholic Church, American bishops thought it was necessary to create the Bureau of Immigration to provide assistance to immigrants free of charge, re-unite families, and fight discriminatory legislation. Bruce M. Mohler was the director of the National Catholic Welfare Conference's Department of Immigration from 1920-1967. Mohler was named director because of his assistance helping Polish refugees during his army service in World War I.

"Draft of Propositions on the Church's Missionary Activity," Vatican II →