American Catholic History Classroom > Exhibits > The Catholic People in American History > Documents > "The Living Wage and Its Feasibility" by Reverend John A. Ryan

"The Living Wage and Its Feasibility" by Reverend John A. Ryan 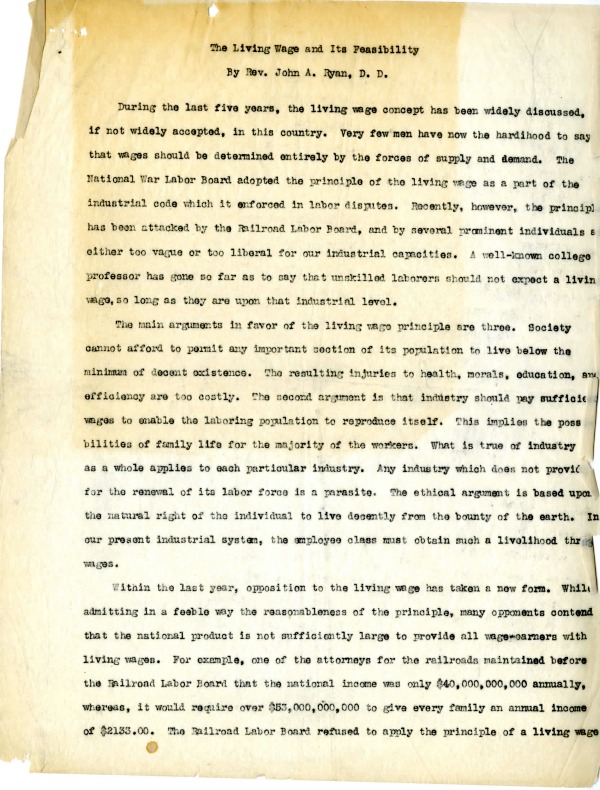 John Ryan, a theoretician in the Catholic Church, focused his intellectual work on economic and political issues plaguing America at the beginning of the 20th century. With an influx of Catholic immigrants looking for work during the industrial revolution, Ryan spoke out against mistreatment of these un-skilled laborers.

← "A Call for the National Catholic War Council," July 1917
Next Page: