"A Call for the National Catholic War Council," July 1917 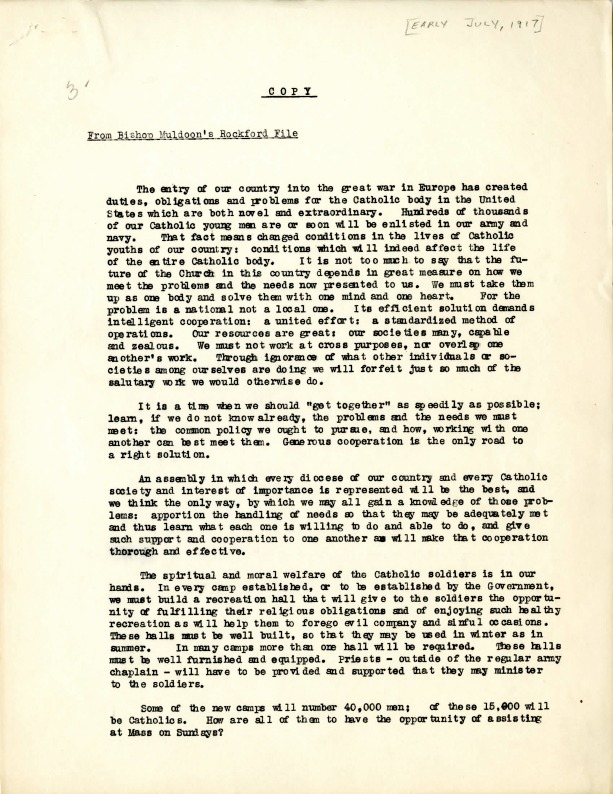 "The Living Wage and Its Feasibility" by Reverend John A. Ryan →