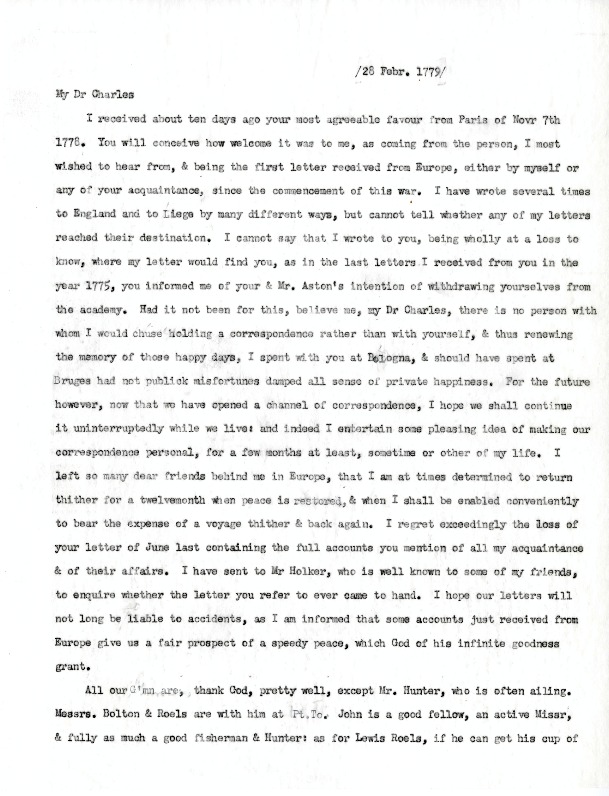 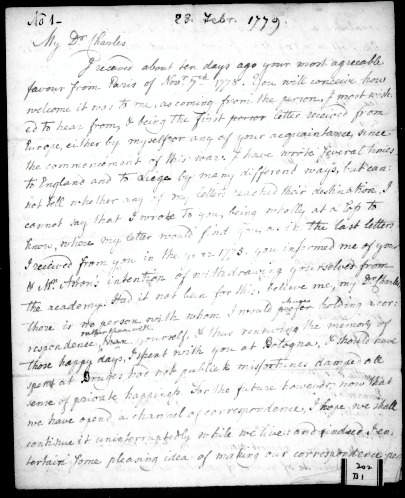 John Carroll was the first Roman Catholic bishop of the United States and the first Archbishop of Baltimore. This letter to Charles Plorden from February 28, 1779 discusses the realities of life for the clergy in early America.