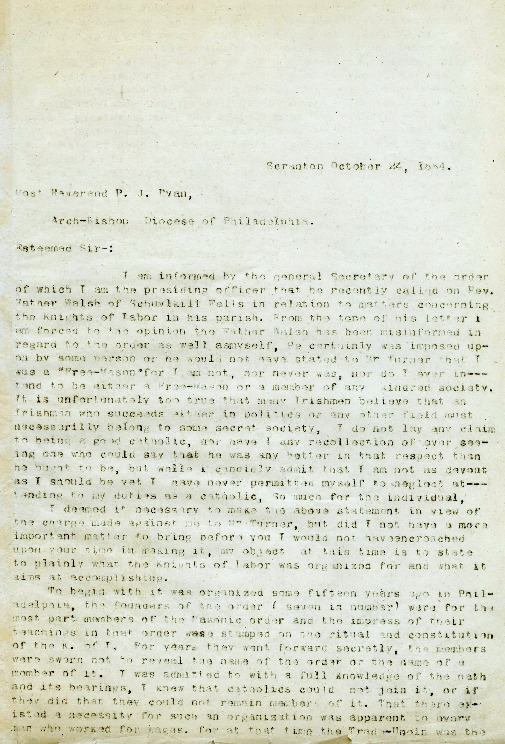 Powderly notes in his address to the General Assembly in 1881, he reacted to the Catholic Church's unease with the secrecy of the Knights by engaging individual members of the clergy. Sometimes he visited members of the church hierarchy; at other times he wrote detailed letters, like this one to Archbishop Patrick John Ryan of Philadelphia, explaining why the Knights held their policies of secrecy. Even after the order made its name public in 1882, some church authorities expressed unease with other secret practices, such as the oath to maintain secrecy of the order and with the rituals they believed had some resemblance to those practiced by Freemasons, which had been condemned many years earlier by the church. In this letter, Powderly tries to correct what he believes are some misperceptions held by clergy, and to explain some of the broader goals of the Knights.