The Laborer You Know

Starbucks, the company that brought gourmet coffee to the masses, is not known for exploiting its workers-far from it. The coffee chain’s executives repeatedly emphasize a desire to promote social responsibility alongside their goal of selling a quality product. As the Starbucks mission statement puts it, the aim is to "Establish Starbucks as the premier purveyor of the finest coffee in the world while maintaining our uncompromising principles as we grow." In addition to earning strong profits, the company emphasizes maintaining a positive work environment, embracing diversity, and contributing to the broader community. Fortune Magazine recognized Starbucks as one of the "Ten Most Admired Companies in America" in 2003, and voted it "One of the 100 Best Companies to Work For" eight times in the past nine years, including 2006.1 Starbucks Chairman Howard Schultz is proud of his company’s reputation for social responsibility. 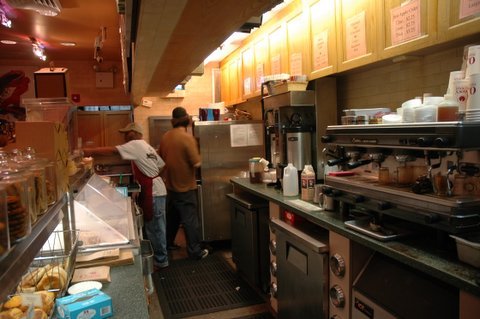 "We always strive to live by our mission statement and guiding principles. And when we wrote the guiding principles, we very deliberately put creating a great work environment and treating everyone with dignity and respect as our highest priority" he explains. When the company started more than two decades ago, Schultz points out, "we did what others said could not be done-together we built a profitable company while integrating a social conscience into everything we do. We began offering comprehensive health care coverage and ownership in the company in the form of Bean Stock to full- and part-time partners. Those decisions were landmark events in our company history and our compassion for one another truly differentiates us."

Though today Starbucks is a multi-billion dollar global corporation employing many thousands of coffee servers in their more than 7,500 locations around the world, he affirms that the company's "commitment to our core values is as strong today as it was in those very early days of our company."2 Recognizing at the same time that corporations that have expanded as rapidly as Starbucks often experience growing pains, Schultz encourages employees to "use any of the many means we have to discuss and resolve issues and create a comfortable culture for everyone."3

Not everyone believes Starbucks has done all it can to treat its workers with dignity and respect, however. "Starbucks cashes in on a community friendly image but it certainly doesn't extend to their workers or coffee farmers" says Daniel Gross, a coffee server in one of the chain's Manhattan, New York coffee shops. "It's not this idyllic coffeehouse. It is a very demanding job" he contends, adding "Behind the green aprons and smiles are individuals living in serious poverty." Maureen Medianaro, a young mother also employed by Starbucks, agrees, "I come to work and work hard... But I'm still hanging on by a shoe string not knowing if I can make ends meet to support my daughter. It's frightening." 4

In mid-2004 Starbucks "baristas," as the company calls its coffee servers in an attempt to capture a homey, European flavor for its coffee shops, were paid a starting salary of $7.75, which was $2.60 over the required minimum wage. Gross claimed this was not enough to make a living in the New York City area. Starbucks baristas are not guaranteed 40 hours work per week, and rents, such as that Gross paid for his simple Brooklyn apartment at the time, could top $1000 per month. "There's something wrong when the chairman [of Starbucks] is taking in $17 million in 2003, but baristas who are the foundation of the company, are living in grinding poverty and serving very hot drinks at unsafe speeds under ergonomically incorrect conditions," he concludes. While the company offers its employees health care and access to other financial benefits, moreover, unionizing workers claim that many of them never have any money left over after paying rent and basic expenses to take advantage of such benefits.5

Both Gross and Medianaro are members of a portion of the workforce that has been expanding since the 1950s: service workers. Back in 1946 service-related industries accounted for 24.4 million jobs, or 59% of non-farm jobs. By 1999 that sector grew to 104.3 million jobs, or 81% of non-farm employment. The emergence of a postindustrial economy accounts for this rise in service workers. What this means is that before the Second World War, the United States economy was driven primarily by industrial goods-production, while after the war service-production evolved to become the economy's driving force. For the working class, this meant that jobs in factories producing canned goods, or cars, or vacuum cleaners were replaced by jobs serving food in restaurants, servicing those cars, or cleaning homes, while middle- and upper-class job growth occurred in the information industry-especially in the computer and high tech fields. As the goods-producing factories closed up shop and moved to locations where cheaper labor was plentiful, however, many of the unions through which workers bargained for higher wages and better work conditions died out, and union membership declined. In 1945, for example, one-third of the employed belonged to unions, while in 1998 that number had dropped to 13.9%. Of course, unions wouldn't be necessary if the new service economy provided workers with a living wage. But the income gap between unskilled workers (those most often found performing service work) and skilled workers has widened over the past twenty years. In the 1980s and 1990s, moreover, increases in the minimum wage have come fewer and further between, despite rises in cost of living.6

Despite its modern complexion, the Starbucks management-employee dispute has roots deep in the past. In particular, Starbucks' workers' response to that dispute-the formation of a union-is one with a colorful history. In focusing on one institution that evolved to address labor-management disputes, the union, specifically, the Knights of Labor union, this website attempts to illuminate a piece of that history. Briefly flourishing in wake of dramatic late-nineteenth-century industrial change, the Knights of Labor reflected workers' response to the transformation in the nature of work in its time, just as Starbucks employees are reacting to workplace changes in our own times.

6Nelson Lichtenstein, State of the Union; A Century of American Labor (Princeton: Princeton University Press, 2002) 54-57 100, 142-144, 215-216 and passim; for a wealth of information on U.S. labor statistics, see: the United States Department of Labor Bureau of Labor Statistics website: http://www.bls.gov/.

Freedom and Work in Pre-Industrial America →