Industrialization and the Democratization of Goods 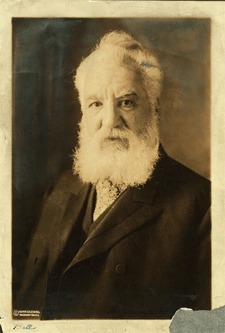 Think, for a moment, about your wardrobe. The jeans you just bought at the Gap. The comfortable t-shirt you always grab first. Or the sneakers you just found on sale at Foot Locker. The list goes on-there's a pretty good chance you have a closet full of clothes and shoes you like to wear, some to the mall, some to parties, and still others to throw on before heading out for school.

Now, as an experiment in understanding the clothing choices of citizens past, let's take away the sneakers, t-shirts, skirts, and jeans and give you one set of clothes that you will wear every day. This set of clothes is made from a rough wool called "homespun" that your mom made for you last year. Trying it on, you say there is no way you are going to wear this for even one day, because it is itchy, ugly, and fits wrong. Having tried on this homespun, you come to appreciate your specially-selected, multicolored, comfortable collection of clothes. When you are told that most Americans wore homespun back in the early 1800s you wonder how they could have stood wearing the nasty cloth for even a single day!

The very variety of your clothing choices, indeed, that you have such choice, dates back to the rise of the factory system in the early nineteenth century. Prior to the factory, a selection of relatively cheap, ready-made clothing was simply not available. In order to possess the variety of clothes we do today, one had to be extremely wealthy. Before the industrial changes of the nineteenth century, the clothing of the rich was made by tailors. A gentlewoman wore silk gowns, lace-trimmed hats, and embroidered gloves. A colonial gentleman attired himself in finely tailored threads: ruffled shirts, lace cuffs, silk stockings and buckled shoes. These upper-class individuals looked very fine and they knew it-a man or woman wearing such clothes was instantly recognized as a member of the elite. Most colonial Americans, however, donned their homespun daily and beheld the rich fabrics worn by the wealthy among them with envious admiration.

The emergence of the ready-made clothing industry, however, narrowed the quality clothing gap between the wealthy and those of more modest means. By the 1840s one could find a butcher in a suit not much different than the one worn by the banker. In significantly lowering the cost, textile mills made good quality clothing accessible to ordinary families. Very poor families and slaves did not share in the abundance, but most Americans' basic wardrobe expanded.

With time, the abundance would spread out beyond the clothing industry so that all kinds of goods, from soap to furniture, were mass-produced and available to middle-income folks. The democratization of goods became possible through dramatic shifts in the economy, methods of production, and the nature of work itself. Collectively, these changes were part of the nineteenth century industrial revolution, a term used to describe the economic transformation that began in the late eighteenth century with the introduction of new technologies of production in Great Britain and the United States. There were two stages to the industrial change, a first industrial revolution that occurred between 1790 and 1850 and a second industrial revolution that unfolded between 1870 and the early twentieth century. 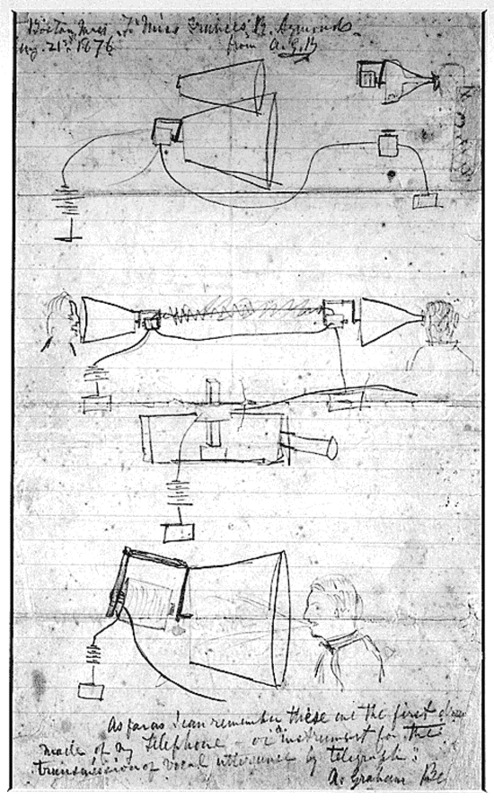 The first industrial revolution relied on the steam engine, machines for spinning thread and weaving cloth, and furnaces to make iron ore into a finished metal that could be used to make a range of products. The first factories produced the cloth used to make the clothing discussed above. In 1814 Francis Cabot Lowell brought plans for a power loom, a device used to weave thread into fabrics, from Britain to the United States and built the first integrated textile factory in Massachusetts. At first the mills were built near the rivers that powered them, but when coal mined in Pennsylvania became available in large quantities, it became possible to run mills using coal-powered steam engines, and companies began building them in other geographical locales in New England as well. By the 1850s, the United States was home not only to several textile factories, but to coal-powered furnaces that produced metals used to make machinery such as sewing machines and agricultural equipment.

The new goods were carted to the villages, towns, and cities across the nation over the new transportation networks veining the country beginning with a canal system in the 1820s, and spreading through the spectacular rise of the rail system throughout the century. Miles of canals and rivers brought manufactured goods to upstate New York and towns further west, while the rails brought new products and produce across state boundaries with speed that astounded Americans.

A second industrial revolution built on the first began in the late 1870s. Not only did factories grow larger and more complex, but the transportation and communication networks that were started during the earlier period were expanded. By 1900, 193,000 miles of railroad track crisscrossed the country. Without this development of communication and transportation networks, the coordinated and high-volume flow of goods that made the United States an industrial giant would not have been possible. If factories were going to produce more goods, the goods had to be moved into the hands of consumers--fast and accurate modes of communication and transport were essential.

Yet another series of technological developments fueled this period of industrial change further. Alexander Graham Bell's invention of the telephone in 1876 made instantaneous communication across long distances possible, allowing even more efficient planning of goods delivery. The development of the electric light bulb in 1879 by Thomas Edison paved the way for lighted streets and factories, which in turn meant the possibility of longer working and business hours. With the development of a system of electrical generation and distribution in 1881, Edison indirectly ensured that factories and offices could be run by electric power generated by a power plant, making their creation easier and location choices more numerous.

The new applications of science to industrial processes generated a range of new products, from typewriters to canned soup. Thanks to developments in the processing of metals, for example, lighter and stronger steel replaced the heavier and weaker forms of iron used to build rails and other machinery. New methods of production took hold in a range of industries. Cigarettes, for example, took a long time to produce-an expert could roll only about four per minute. Cigarette manufacturers like the Duke family of North Carolina were on the lookout for a machine that could rapidly roll cigarettes, thereby increasing production. In 1880 eighteen-year-old James Bonsack developed such a machine, and though it was at first unreliable, J.B. Duke took a chance and invested in several of the machines. 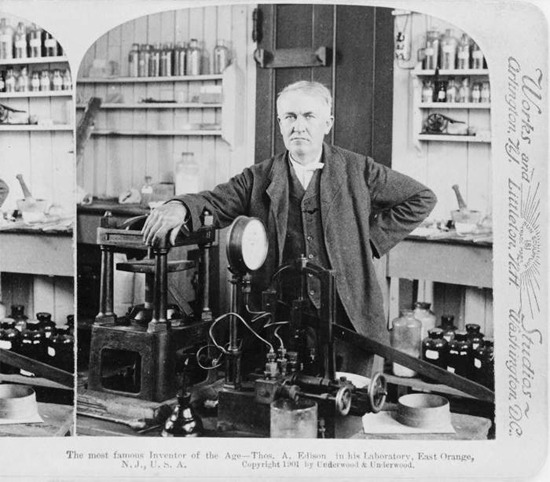 With some improvements, the machines were soon manufacturing 120,000 cigarettes a day. At the time, cigarette demand wasn't high enough to absorb the vast new quantities being produced, so J.B. Duke launched an aggressive advertising campaign to promote smoking (The links between smoking and cancer weren't as obvious as they are today, so Duke could easily get away with promoting an unhealthy habit.). He also established regional sales offices to promote his product.

Cigarette sales jumped, and by 1890 J.B. Duke controlled the largest tobacco industry in the world. Innovative and ambitious businesspeople like Duke made the most of the new technologies becoming available, turning themselves into millionaires. Andrew Carnegie took advantage of the new technologies in metal production and built a huge steel empire in western Pennsylvania. John Rockefeller revolutionized oil production... the list of entrepreneurial achievements in the late nineteenth century is a long one.

Where, we now ask, did the rise of the new industries leave the laborer?

← Freedom and Work in Pre-Industrial America
Next Page: