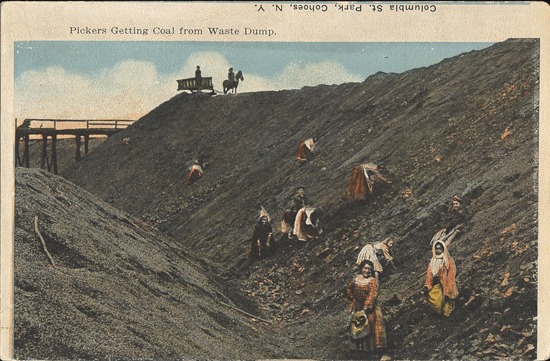 Coal, a cheap source of fuel for the steam engines and furnaces that powered the industrial revolution, was a "hot" commodity throughout the nineteenth century. Evidence of its use could be found everywhere: from the textiles and other products made by coal-run factories to the black coal soot that settled in every nook of industrial America's landscape.

The use of coal as factory fuel expanded with America's ability to move it from place to place. By the late 1850s, railroads had expanded to new coal fields in Maryland, Ohio, and Illinois. The Civil War's demands for coal generated more and more movement of coal by rail, and by the postwar period, the railroads and coal industries were closely tied to each other. Realizing the profits to be made in bringing coal to new locations, railroads bought up coal tracts and leased them out to companies specializing in mining, or mined the fields themselves. The Baltimore and Ohio Railroad, for example, moved three million tons of coal from the Maryland and northeastern coal fields to West Virginia in 1878 alone. 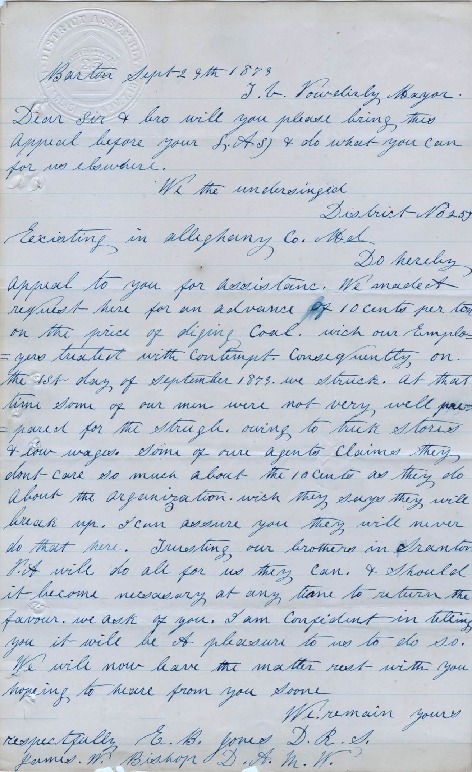 But the B & O Railroad could not move coal if it remained lodged in the earth. The backbreaking, often dangerous task of extracting coal from the ground fell to miners. Earlier in the nineteenth century coal mining had been a trade that could earn a miner a livable wage performing tough, if manageable work. Changes in machinery and corporate structures by the 1870s, however, transformed the work of the coal miner. Mine workers were compelled to work faster under tight supervision of managers for less money. Coal miners were paid by the ton rather than by an hourly wage, and when the price of coal fell, so did the money coal miners were paid for each ton of the stuff they extracted from the earth.

Miners formed unions to address problems of decreases in pay and hazardous work conditions, among other issues. Local Assemblies of the Knights of Labor appeared in coal mining communities, particularly in Maryland and Pennsylvania. Western Maryland was home to many coal-mining communities in the nineteenth century. Allegany County, and the George's Creek Coal Valley, in particular, contained rich coal deposits, and its proximity to main canal and rail systems made it a thriving coal mining region. The abundance of coal business attracted immigrant workers from England, Wales, and Ireland, among other places, and company towns sprouted up to accommodate the expanding work force. Coal company owners often exploited workers, however, creating stores with high-priced goods that couldn't be purchased elsewhere, and paying workers less and less as the market price for coal dropped.

The letter reproduced here is from James W. Bishop, an Allegany County, Maryland District Assembly Knights representative to Terence Powderly, who was not yet Grand Master Workman, but a Knights district leader in Scranton as well as that city's mayor. Bishop is requesting help for the miners in his district experiencing hardship due to a strike.

As you read the document, consider the following questions: