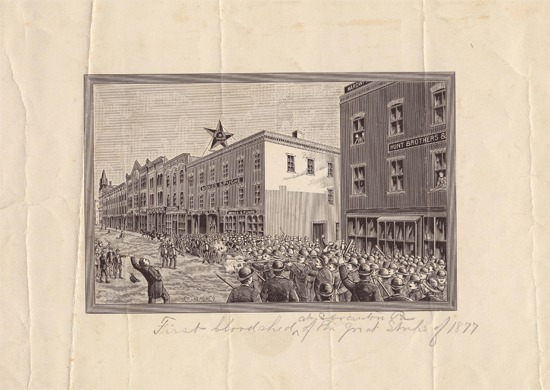 "The strongest bond of human sympathy outside the family relation should be one uniting working people of all nations and tongues and kindreds."

While O'Donnell's circumstances were numbingly familiar throughout the nineteenth century, they were certainly not cheerfully accepted by workers. In 1866, for example, a coalition of skilled and unskilled workers, farmers and reformers organized the National Labor Union (NLU), the first national union in America, in Baltimore, Maryland. Their first order of business was to ask Congress to mandate an eight-hour work day. The NLU even tried to create a political party to promote its labor reform agenda, but an economic downturn doomed its efforts and the NLU dissolved in 1873.

The failure of the NLU did not, however, mean that workers were not interested in organizing, as the case of the Knights of the Order of St. Crispin suggests. Newell Daniels organized the Knights of St. Crispin in Milwaukee a year after the founding of the NLU, 1867, to secure better wages and work conditions for shoe and boot makers. By 1869 the order possessed 83,000 members in local lodges across the United States. A Daughters of St. Crispin was founded for female workers as well, in 1870. Though both orders collapsed by 1878, the Knights of St. Crispin did manage to compel the Massachusetts legislature to pass a ten-hour workday law-and certainly they would inspire future labor organizing. 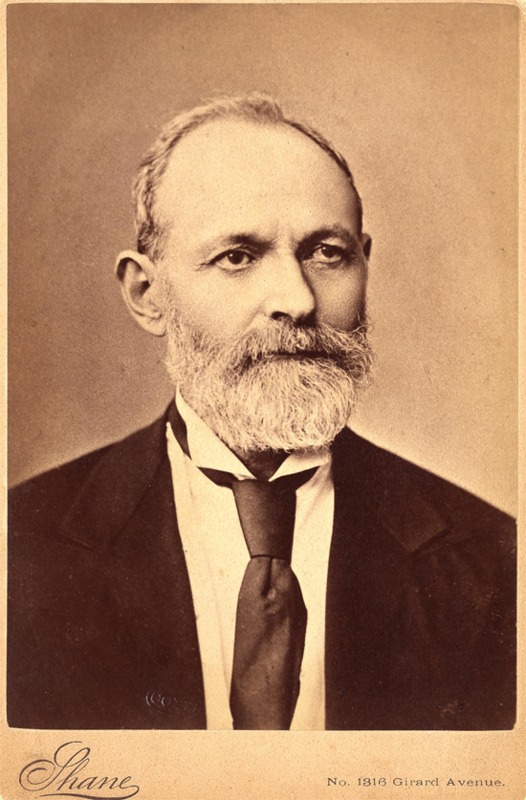 Like the National Labor Union and the Knights of St. Crispin, the Knights of Labor sought to organize nationally. Founded in Philadelphia in 1869 by Uriah Stephens and eight fellow garment cutters, the Noble and Holy Order of the Knights of Labor was at first created simply to replace a local union. Under the guidance of its second and more ambitious leader, Terence V. Powderly, however, Knights membership would swell to 700,000 members, gaining international recognition in the process. The Knights of Labor was the first national labor organization to recruit women and African Americans, to organize throughout the country, and to unionize both industrial and rural workers. The only excluded were individuals the Knights deemed "non-producers" such as bankers and lawyers-people viewed as exploitative and as not contributing to the production of finished material goods. The notion of excluding people who did not produce goods sounds odd today, but remember that we are living in a postindustrial society in which much of what we produce comes in the form of information and service. The products of the industrial society took a different shape. 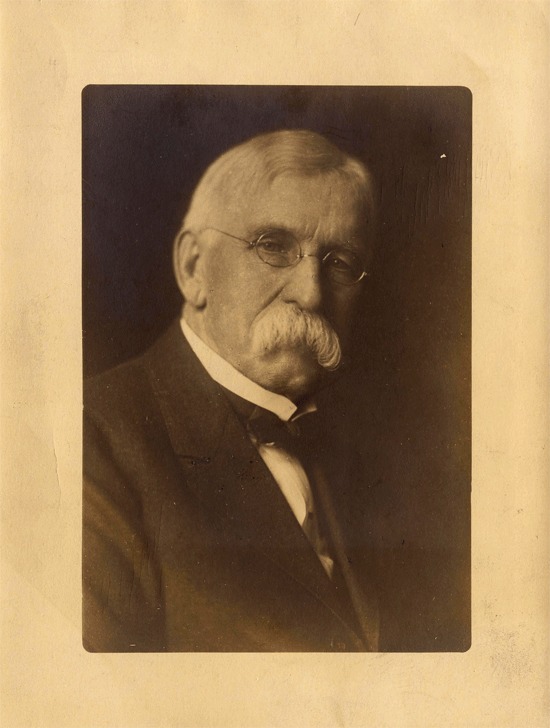 Powderly, a charismatic and idealistic machinist from Carbondale Pennsylvania became the organization's General Master Workman in 1879. He was an extremely popular leader. People wrote celebratory songs and poems about him and hung his portrait in their homes. He was often greeted with cheers and celebration when he traveled to promote the Knights. William Mullen, a Knights leader and organizer in Richmond, Virginia, named his son Terence Powderly Mullen when the boy was born in 1885. A Nashville, Tennessee furniture worker admiringly wrote "I have never seen or heard you but once, but I fell in love with you with a love that will burn till I die."9 If the admiration for Powderly seems excessive or corny, it nonetheless attests to the desperate plight and need for leadership among laborers in the 1880s. A committed leader that cared about individuals often ruthlessly exploited by big business, Powderly can be understood as a representative of the collective will of late-nineteenth century labor.

Accordingly, letters to Powderly reveal anger at big business's disregard for the welfare of their workers, and intense determination to level the employer-employee playing field. James Bishop, a coal miner from western Maryland, wrote to Powderly in 1878 asking for assistance because their demands for higher wages from their employers "were treated with contempt. Consequently, on the 1st day of September 1878, we struck." This left many of the miners in dire economic circumstances, so Bishop asked for financial help from Powderly and "our brothers in Scranton, P.A." John Coggeshall, a Knight in Iowa wondered in an 1882 letter to Powderly how they would get "releif [sic.] from the state of slavery to which the Vanderbilts, Goulds, Garretts, Perkins and other corporation magnates have reduced us owing to our hitherto isolated and consequently defenseless condition." (See S.B. Coggeshall letter, 1882) 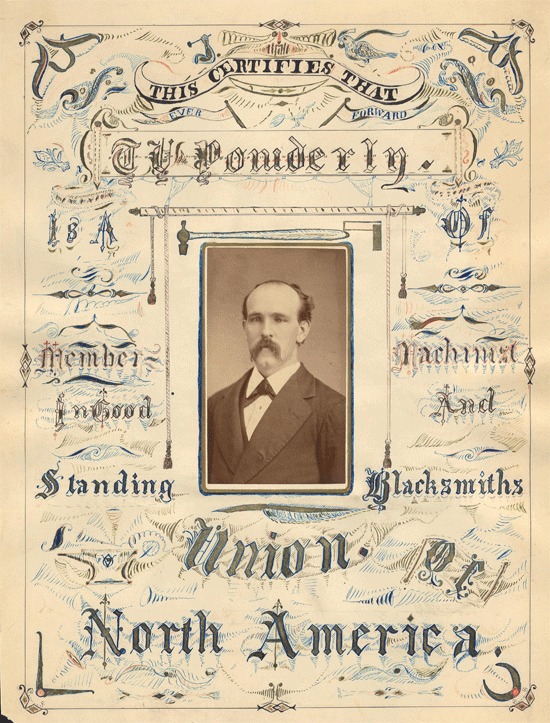 The Knights of Labor outlined their grievances and hopes for reform in their Constitution.

As the document's Preamble states:

"The alarming development and aggressiveness of great capitalists and corporations, unless checked, will inevitably lead to the pauperization and degradation of the toiling masses."

The only way to prevent this degradation of the toiling masses was to unite in their own interests:

"Therefore we have formed the Order of Knights of Labor, for the purpose and power of the industrial masses, not as a political party, for it is more-in it are crystallized sentiments and measures for the benefit of the whole people, but it should be borne in mind, when exercising the right of suffrage, that most of the objects herein set forth can only be obtained through legislation, and that it is the duty of all to assist in nominating and supporting with their votes only such candidates as will pledge their support to those measures, regardless of party." (See Knights of Labor Constitution, 1885)

In short, the Knights hoped to influence the legislative process on behalf of the American worker. They sought, among other things, laws and regulations that improved worker safety, set work hours and pay schedules, a graduated income tax, banking regulation, and the regular collection of labor statistics in order to measure work conditions and pay. The Knights of Labor saw themselves as transcending politics, their goals were human goals, not to be equated with any party agenda. At first they opposed strikes as non-cooperative, as their goal was to promote change in a cooperative manner. Instead of strikes, the Knights resorted to boycotts to achieve goals like the eight-hour workday and improved work conditions-in 1885 the order approved 196 such boycotts. Although they came to use strikes with much reluctance, it was a major successful strike of 1885, where members struck against the powerful railroad magnate Jay Gould, that caused a huge jump in membership.

The Knights' approach to generating change was both local and national. Between 1869 and 1896 the order could be found in every state, and possessed 15,000 Local Assemblies. The Knights found community, solace, and valuable information in their local meetings throughout the country. Local Knights organized and sponsored lectures and study clubs that were aimed at educating workers and others in economic principles. Knights' members were shoemakers, glass blowers, food processors, garment workers, and especially coal miners. Often, a local group was comprised of a single type of worker, say glass blowers; by the mid 1880s, however, "mixed" locals, those composed of members of different types of workers became more popular. New York, Chicago, Baltimore, Pittsburgh, and Boston all saw the rise of hundreds of locals.

Nor were the Knights merely a city-based phenomenon: locals could be found in 3,000 locations where the population was under 1,000. Finally, the Knights spilled outside the borders of the United States, with organizations founded in England, Ireland, Belgium, Australia, New Zealand, and Canada.

← A Tight Spot - Laboring in Industrial America
Next Page:

The Catholic Church and the Knights of Labor →