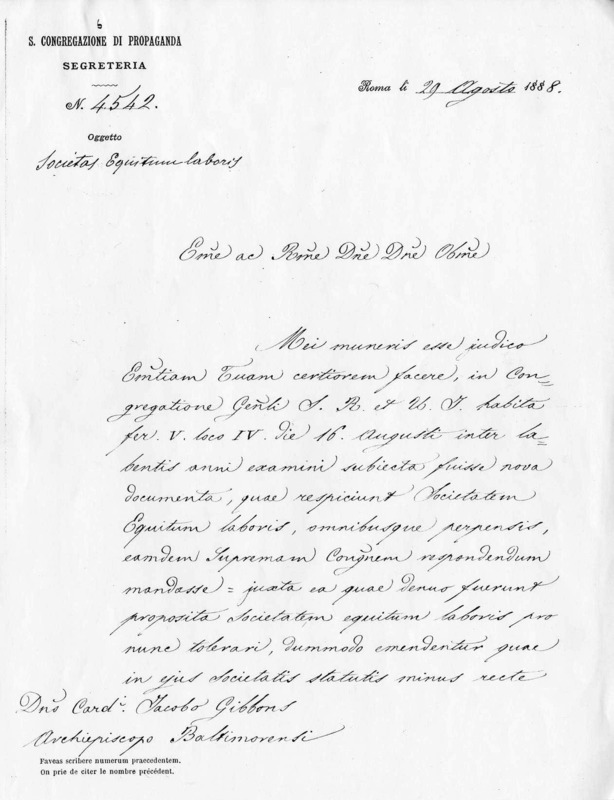 The final decision of Rome on the Knights of Labor, page one of which is reproduced here in its original Latin in the form of a letter from Giovanni Cardinal Simeoni (translation included), the Roman official who addressed such matters, to James Gibbons, was rendered in August 1888. In short, Rome allowed the Knights to be tolerated, but issued no ringing endorsement, emphasizing the church's opposition to socialism. By this time, the Knights were in steep decline-by 1890 membership had fallen to 100,000 and Terence Powderly was removed from office in 1893. Gibbons' success in defending the working class from condemnation, however, would have repercussions long afterward. The controversy over the Knights figured into one an influential social encyclical issued by Pope Leo XIII in 1891, Rerum Novarum. The encyclical amounted to a clear statement of the Catholic church's position on the relations between capital and labor in modern society.