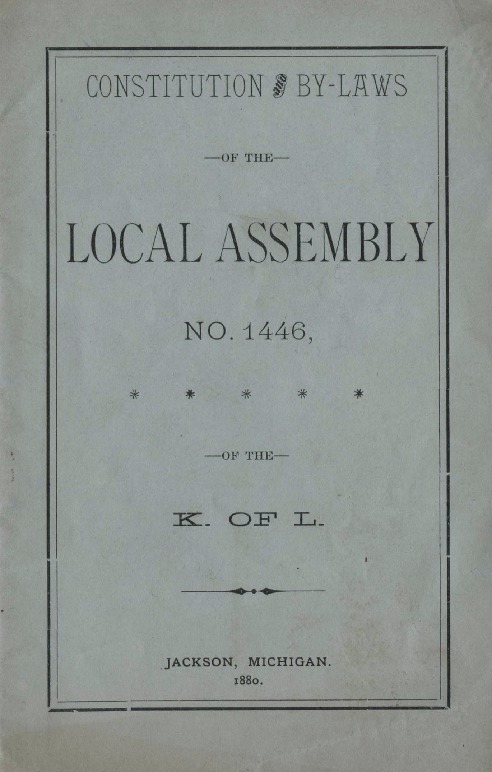 Control of the Knights of Labor was not strongly centralized. Terence Powderly, while a popular leader, also realized that the strength of the Knights rested in the power of its local assemblies (referred to as "LAs") to govern their own affairs. The local assembly was the basic unit of the Knights organization. Between 1869 and 1896 the order was represented in 15,000 local assemblies across the United States. The Knights had LAs in every state, and in rural as well as urban areas. Finally, locals were established outside of the United States as well, in Canada, England, Ireland, Belgium, Australia, and New Zealand. The prevalence of Knights LAs in areas affected by industrialization suggests that a genuine need for laborers to organize and educate themselves on responses to economic change existed.

The kinds of workers that made up particular LAs varied. Workers in a single trade, or occupational specialty, could make up an LA. Locals organizing according to a single trade, say glass-blowing, were called trade assemblies. A local could, however, also be made up of workers of several different trades, say coal miners, railway workers, and steel workers. The Knights encouraged organization across industries, meaning that workers that performed different jobs within single industries, such as in the shoe or textile industry, unite despite their different tasks, skills, pay, and work conditions. This, Knights leaders thought, would strengthen unity and make it a greater force for enacting change favorable to labor.

← Knights of Labor Constitution, 1885
Next Page: