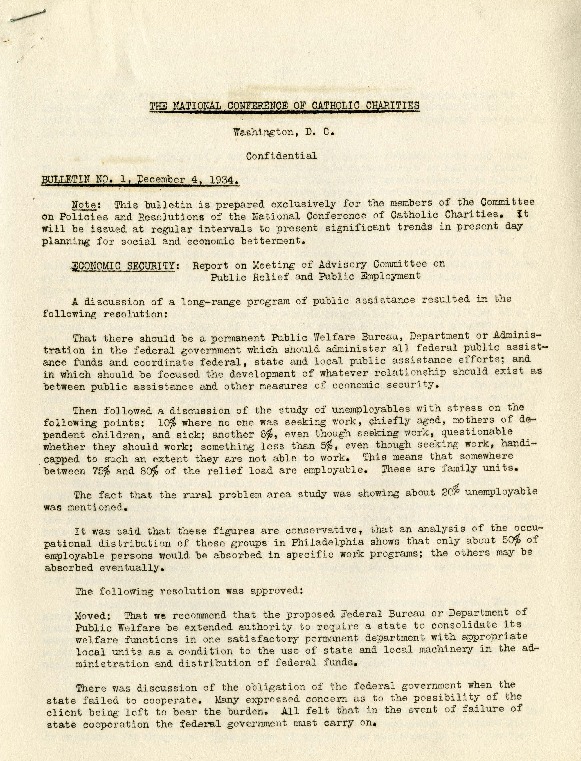 The same day that the Special Committee on Employment and Relief issued their report, the NCCC's Committee on Policies and Resolutions printed this bulletin for the committee members. The NCCC committee had decided during their first meeting that it would be advantageous for bulletins like this to be issued at regular intervals, in order to keep members up-to-date on the "rapid changes taking place in politics and plans of the Federal Administration." John O'Grady's position as a member of the Advisory Council to the Committee on Economic Security gave the NCCC an advantage when passing along information about "up to the minute trends and rumors." Thus, the bulletin's reports on the resolutions adopted by the Special Committee are verbatim, and also provide insight into the discussions that surrounded the resolutions.

← Report of the Special Committee Advisory to the President's Committee on Economic Security, December 4, 1934
Next Page: