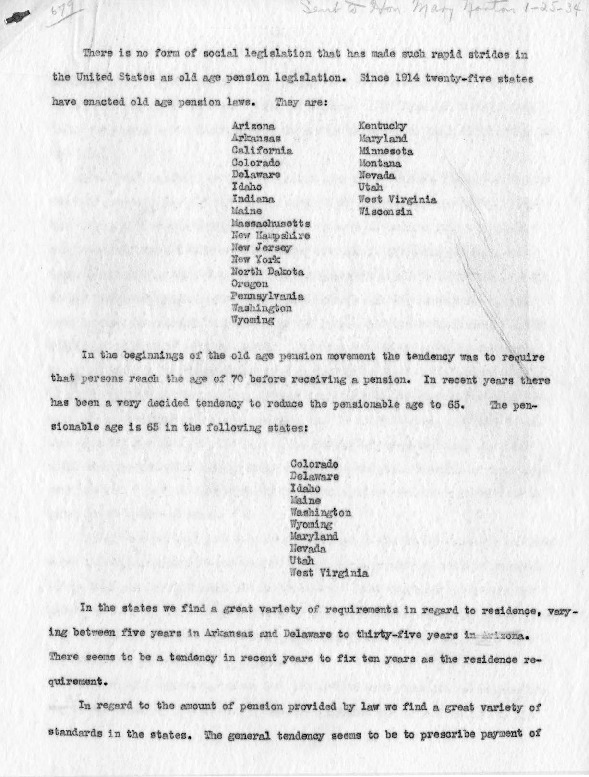 In this short paper, O'Grady examines the difficulties faced by the "dependent aged": those people who have reached the end of their working life but do not have an independent income sufficient to sustain them after retirement. Before the 1930s, the "dependent aged" were cared for either in the homes of relatives (usually grown children) or in poorhouses run by local governments and charitable institutions; very, very few senior citizens had enough savings to be economically self-supporting. With the advent of the Great Depression, the situation for the elderly in any kind of situation grew even worse. Some states attempted to alleviate the situation by creating state-run old-age pensions, and there was a growing movement favoring a national system of old-age economic support. In this article, John O'Grady reviews the history of the old-age pension movement and analyzes both current and proposed plans.