Memorandum on Questions for Discussion by the Continuing Committe; Minutes of the Meeting, Dec. 3, 1934 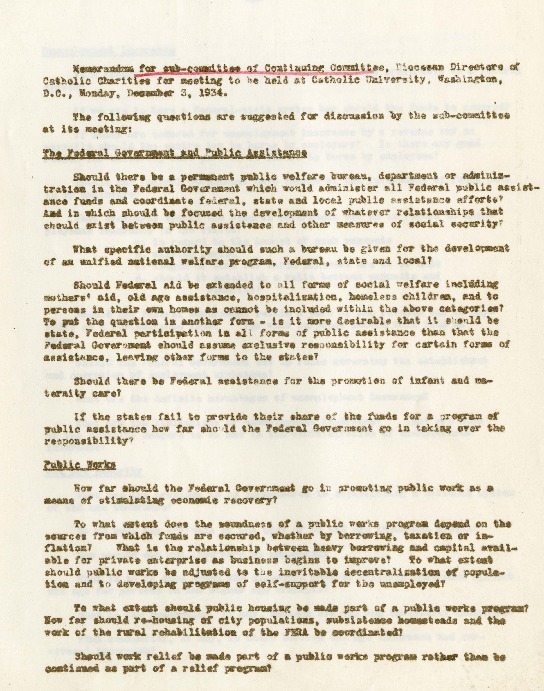 Memo on question for Continuing Committee

The second meeting of the sub-committee of Diocesan Directors of the NCCC - the committee formed in order to give O'Grady input from other Catholic leaders concerning the topics under discussion by the President's Committee on Economic Security - was held in early December of 1934. In advance of the meeting, O'Grady wrote a memo presenting questions for discussion, which is the first document presented here. The second document contains the minutes of the meeting; readers can compare the questions in the memo with the actual discussion that took place. This meeting is particularly interesting because of a discussion concerning the historical context of the American unemployment, as well as comparisons of American relief programs with similar programs in Europe.

Report of the Special Committee Advisory to the President's Committee on Economic Security, December 4, 1934 →