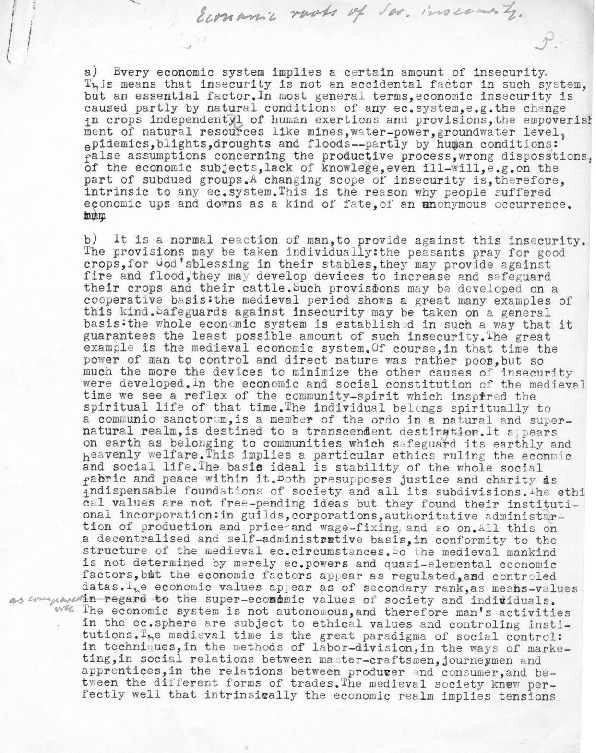 Although the document presented here is anonymous, its central themes reflect a specifically Catholic perspective on economic and social problems. The author is describes the economic and psychological roots of the American Great Depression: in doing so, he or she examines the sources of economic insecurity that are built into the modern industrial, capitalist society. In offering an analysis of theses sources of insecurity, the author compares the contemporary social and economic systems with the systems that existed in the Middle Ages. This positive view of the medieval system is similar to the view espoused in the papal encyclical "Rerum Novarum," which provided the foundation for Catholic social action throughout the twentieth century. While the author of this paper remains a mystery, the thoughts expressed in it are clear examples of Catholic social teachings.