Report of the Special Committee Advisory to the President's Committee on Economic Security, December 4, 1934 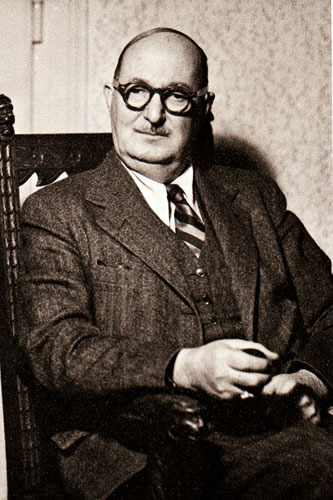 In contrast with some of the earlier documents on this site, the document here was not produced by the National Conference of Catholic Charities. Instead, it is the report of the Special Committee on Employment and Relief, of which John O'Grady was a member, to the main body of the President's Committee on Economic Security. As such, it represents the perspective a broader group outside Catholic institutional circles. In fact, this Special Committee had gathered another group of experts to advise them on making recommendations. This smaller group included Dr. Goetz Briefs [misspelled in the document as G. A. Briess], a German immigrants and professor of economics at Catholic University, who was able to provide the Special Committee with ideas from European relief efforts as well as economic data on funding various programs. 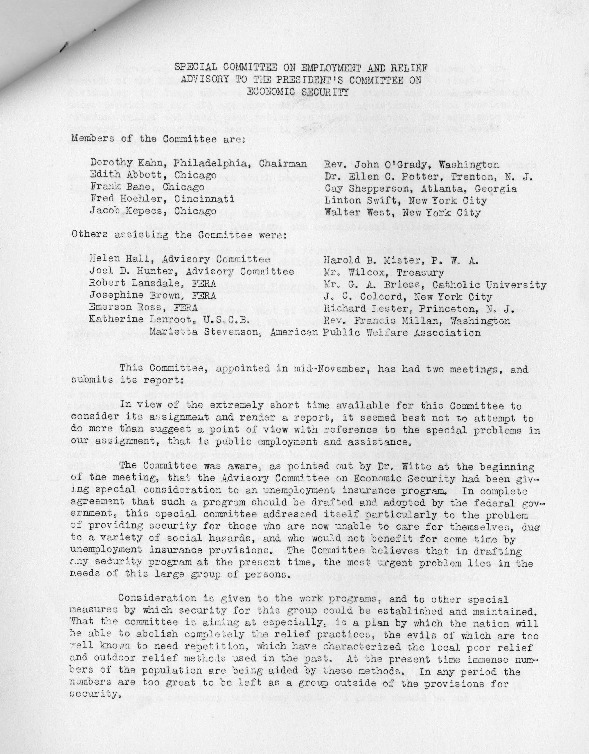 Report to Advise the President's Committee on Economic Security

← Memorandum on Questions for Discussion by the Continuing Committe; Minutes of the Meeting, Dec. 3, 1934
Next Page: