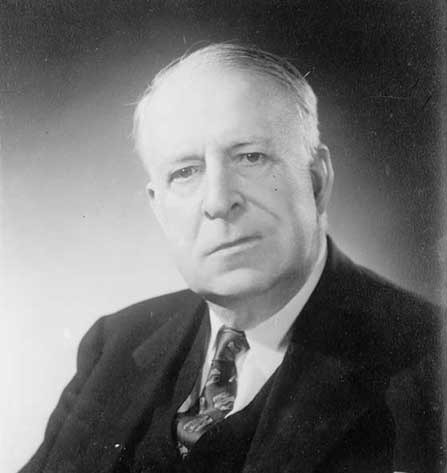 Every bill introduced into Congress has to go through a period of revisions before the final vote is taken. The Social Security Act of 1935 was no different: the bill's drafters took into account the president's wishes, the recommendations of the Committee on Economic Security, and the advice of various groups lobbying for the bill's passage, including the NCCC. This document and the two following it demonstrate the involvement of Catholic Charities in the drafting and revising of the Social Security bill. In the Committee Minutes included here, the members of the Diocesan Directors' Continuing Committee move beyond the vague theoretical arguments that had characterized earlier discussions, and address specific points in the bill. The document records the Committee's suggested changes to the bill's language that would make it more acceptable to them. 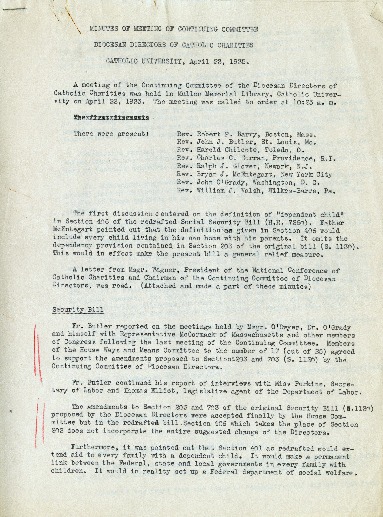 ← Statement of the Diocesan Directors of Catholic Charities of the United States Representing the NCCC in Regard to the Social Security Bill, ca. 1935
Next Page: