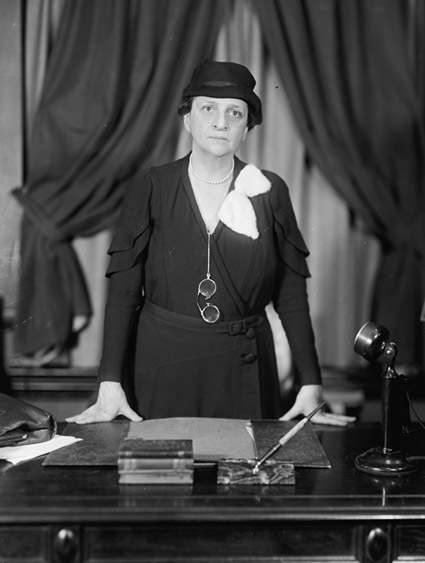 In 1933, shortly after his inauguration, President Roosevelt appointed Frances Perkins as his Secretary of Labor, making her the first woman to hold a cabinet-level position. With an master's degree in sociology from Columbia University and two decades of experience lobbying for progressive labor reforms in New York, Perkins was a well-qualified champion of New Deal legislation; in fact, she was one of only two members of Roosevelt's cabinet who continued in office for the duration of his 12-year administration. After her appointment, Perkins immediately began to outline a program of reforms that would provide economic relief and security in the midst of the Depression. In October of 1933, she was invited to speak to the general session of the National Conference of Catholic Charities during its annual meeting in Washington, D.C. Her speech, reported in this newspaper article, provides an early glimpse of Perkins' goals for social security legislation as well as the NCCC's support for the program. 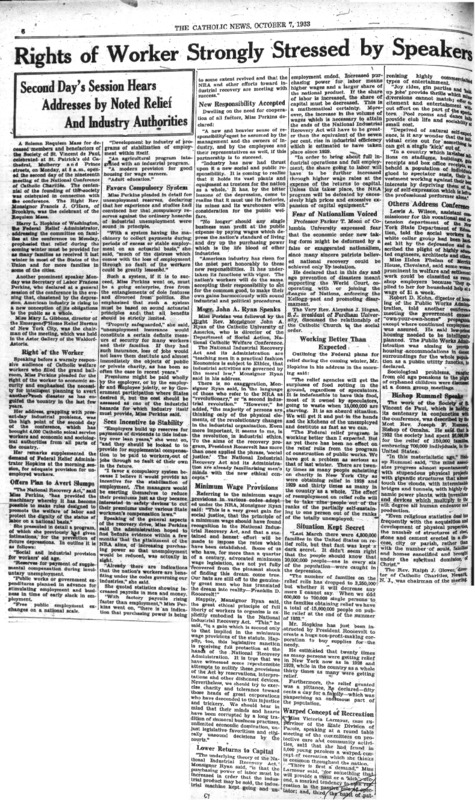