American Catholic History Classroom > Exhibits > Catholics and Social Security > Documents > Statement of the Diocesan Directors of Catholic Charities of the United States Representing the NCCC in Regard to the Social Security Bill, ca. 1935

Statement of the Diocesan Directors of Catholic Charities of the United States Representing the NCCC in Regard to the Social Security Bill, ca. 1935 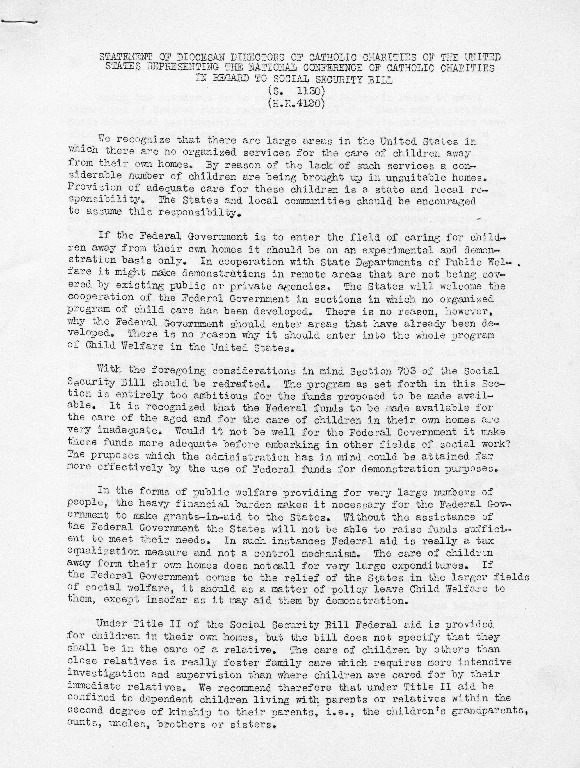 Once the Social Security Bill had been introduced into Congress, organizations like the NCCC were free to lobby openly for changes and modifications to Bill's language. The long history of Catholic charitable care for orphans, poor children, and the elderly ensured the NCCC's special interest in the provisions of the Bill relating to those fields. John O'Grady and other NCCC leaders had been pioneers in social work, and were eager that the Bill reflect real-life circumstances and protect family liberty and individual freedom. With these goals in mind, the NCCC Diocesan Directors issued this statement concerning the Social Security Bill. It represents an official institutional position on the child care and old-age provisions of the legislation.

← Confidential Memorandum Prepared for the Committee on Policies and Resolutions of the NCCC, Bulletin No. 7, March 28, 1935
Next Page: