Memoranda for Meeting of the Diocesan Directors of Catholic Charities; Minutes of the Meeting, January 29, 1935 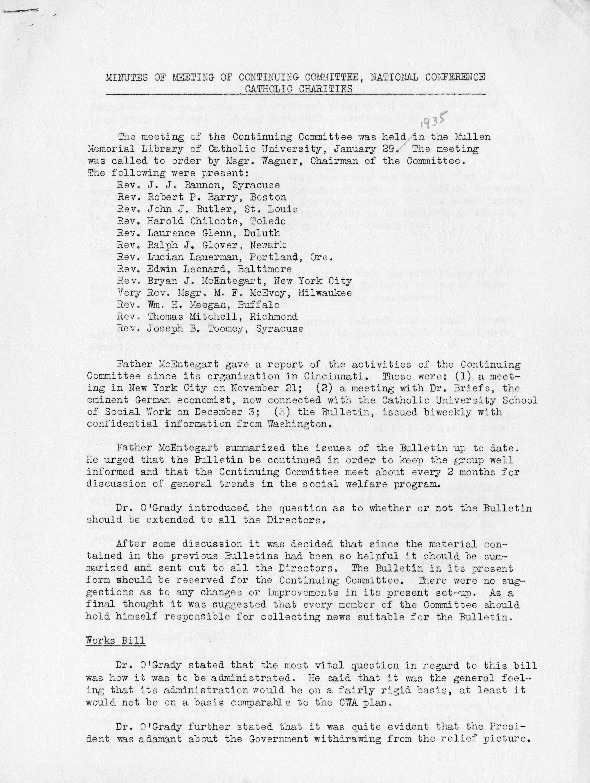 Memo for Meeting of the Diocesan Directors of Catholic Charities

The introduction of the Economic Security Bill (later renamed to the Social Security Bill) into Congress opened up new points of discussion for NCCC: instead of debating the best course of action to recommend, the Diocesan Directors could focus their efforts of concrete changes to proposed legislation. In their January 1935 meeting, shortly after the bill was introduced, the Directors debated the various elements of the Bill. One of their chief concerns was the problem of coordinating administration of social security programs between federal, state and local levels.