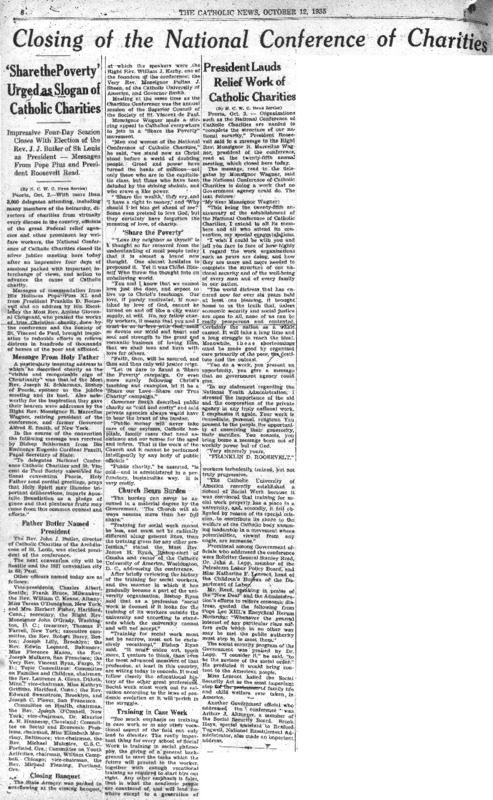 "Share the Poverty" Urges as Slogan of Catholic Charities

The annual meeting of the Diocesan Directors of Catholic Charities in September 1935 also served a celebration of the 25th anniversary of the National Conference of Catholic Charities. Like the 100th anniversary being celebrated now in 2010, the 25th anniversary was a chance for the NCCC to reflect on their past successes, to contemplate the how much work remained undone, and to call for a renewed dedication to the service of the poor. Because of the NCCC's influence and its recent involvement in lobbying on behalf of the Social Security Act, the New York Times reported on the meeting. This article covers the speech given by Msgr. Marcellus Wagner, the president of the NCCC; an address delivered by Katherine Lenroot, chief of Children's Bureau at the Department of Labor; and a letter from President Roosevelt himself, sent to thank the NCCC for its service to the nation.