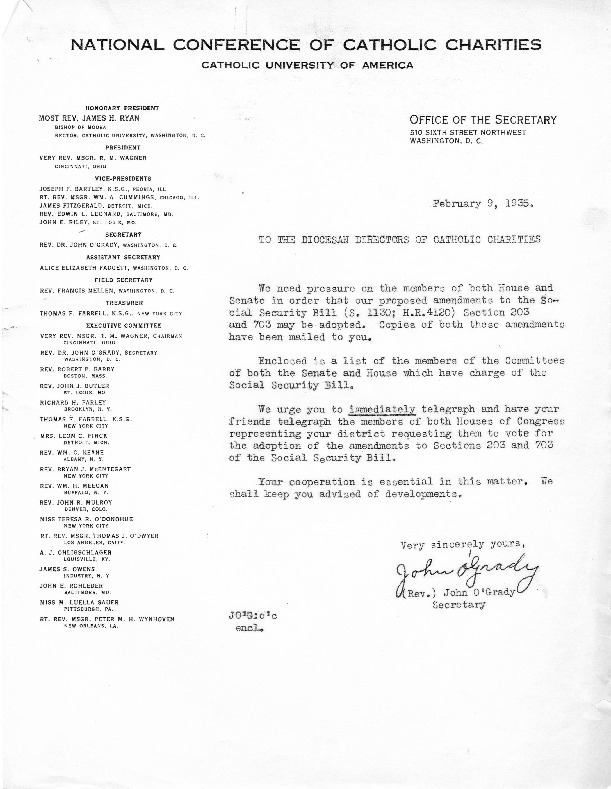 Letter to the Diocesan Directors

By early February 1935, the National Conference of Catholic Charity's (NCCC) primary concern with the Social Security Bill revolved around efforts to change the language of specific clauses. To that end, O'Grady wrote to the Diocesan Directors, asking them to contact their senators and representatives and request support for changes proposed by the NCCC. The specific targets of this early letter campaign were Sections 203 and 703 of the Bill; both sections dealt with aid to children. The following document not only presents O'Grady's letter, but also includes replies from both Congressmen (including Sen. Wagner, one of the bill's sponsors) and Diocesan Directors concerning the letter campaign.

← Memoranda for Meeting of the Diocesan Directors of Catholic Charities; Minutes of the Meeting, January 29, 1935
Next Page:

Confidential Memorandum Prepared for the Committee on Policies and Resolutions of the NCCC, Bulletin No. 7, March 28, 1935 →