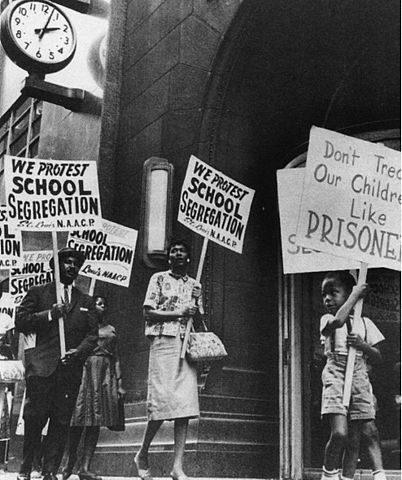 O’Boyle, the archbishop of the Archdiocese of Washington D.C. wondered aloud what many African Americans around the country may have asked themselves on numerous occasions up through the 1960s. The issue of race is inextricably tied to the history of the United States; the glories of national heroes are always juxtaposed with the horrors and brutality of slavery, Jim Crow, and the resistance to civil rights. It is an American tragedy and blemish upon the image of the United States that has been recounted in books, movies, and in other formats familiar to the majority of Americans. Perhaps not as well known, though, is the role of the U.S. Catholic Church in this issue. It is one that has seen the Church be proactive and engaged in the fight for civil rights, as well as silent, and even at times hostile in some regions. The fight is not one contained to one area of the country, as some in the general public seem to believe that racial problems only existed in the southern states. Housing issues, wherein African Americans began moving north to live in once racially static neighborhoods, was the major area of discontent in early to mid 20th century northern cities such as Chicago, Philadelphia, New York, and Milwaukee.

Though racial issues had existed since the beginning of the colonial era, the mid-20th century was one of the most volatile periods of racial strife in the country’s history. The Civil Rights Movement of the 1950s and 1960s, preceded by other attempts to change the status quo in the 1930s and 1940s, would cause great upheavals in American society and cause many to embrace change and many to resist. While on the grand scale of history the Church’s involvement in the larger Civil Rights Movement was relatively minor, leaders in the Church still found themselves at the forefront of inciting change and, in a few instances, providing some resistance to such change. 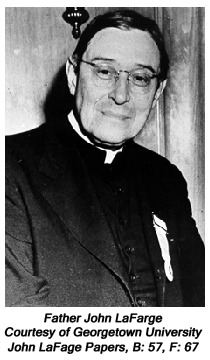 JOHN LaFARGE AND THE CICNY

One of the earliest practitioners within the Church of interracial cooperation was Father John LaFarge, who helped to found the Catholic Interracial Council of New York in 1934. LaFarge had been involved in numerous other groups that sought equality for African Americans, including the Federation of Colored Catholics. When this latter organization split in 1932 over whether it should continue as an interracial group or strictly an African American group, LaFarge left to form the CICNY. The organization sought to foster interracial cooperation toward the goal of racial equality not only within the Church, but in general society as well, grounding all its teachings in Catholic theology. CICNY would support numerous fair housing and labor issues, in addition to supporting civil rights organizations such as the NAACP and the Southern Christian Leadership Conference (SCLC) through various local and national events as well as its journal Interracial Review.

By the time that a national organization came into the being in 1961 (the National Catholic Conference of Interracial Justice, or NCCIJ), the CICNY had influenced the formation of other CICs across the country. With the NCCIJ in place, CICNY became less focused on national events and more so on local issues.

Among the Church in America’s most vocal supporters of civil rights was the National Catholic Welfare Conference (now United States Conference of Catholic Bishops) Social Action Department, or SAD. The organization took up the cause of numerous social issues from its inception in 1919, including labor and international relations; interracial cooperation and civil rights, therefore, seemed a natural fit for the department. During the Civil Rights era, SAD often became the first voice of the U.S. Catholic Church on the issue of racial equality, prior to general statements issued by the U.S. bishops as a whole. Father Raymond McGowan, who headed SAD from 1945 to 1954, would have a hand in creating the Seminar on Negro Problems in the Field of Social Action as well as testifying before Presidential committees on civil rights and contract compliance. In addition, the department sought to work for employment equality by partnering with the Catholic Conference on Industrial Problems, as well as publishing Social Action Notes for Priests to keep clergy informed of racial issues.

Even with all of the work accomplished by SAD, the Catholic community in the United States also needed to see leadership from its bishops. The American hierarchy did not disappoint, as the NCWC released several statements in the 1950s and 1960s stating the Church’s position that segregation was a moral issue and that a person could not call himself or herself Catholic if they held segregationist beliefs. It was a position that had been stated by the Vatican in the past (see Pope Pius XII’s  Summi Pontificatus and Pope John XXIII’s Pacem in Terris). 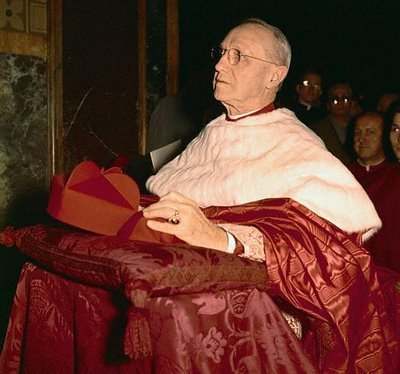 Not every bishop or priest waited until the national group made a decision. Archbishop Joseph E. Ritter of St. Louis issued an order in 1947 to end segregation in Catholic schools within the diocese, seven years prior to the Supreme Court’s decision to end segregation in Brown v. Board of Education of Topeka in 1954. Archbishop Joseph F. Rummel of New Orleans called for the integration of churches within the parish in 1953 and would call for the integration of Catholic schools three years later, though this latter act would not be achieved until 1962.

In addition to these moves, numerous clergy would take part in civil rights demonstrations mostly notably the Selma-to-Montgomery March in Alabama in 1965, that also saw lay Catholics taking part in the protest. Leaders also took part in the March on Washington (where O’Boyle gave the invocation prior to Dr. Martin Luther King Jr.’s “I Have a Dream” speech), as well as taking part in a religious leaders summit that sought to encourage Congress to pass the Civil Rights Act of 1964. Though the names of those in the Church may never reach the level of recognition as that of King, Rosa Parks, or Medger Evers, those involved did make lasting contributions to the Civil Rights Movement, particularly within the Catholic Church.

The documents featured in this exhibit tell the story of the Catholic Church in America’s involvement in the fight for equality from the 1930s through the 1960s. From bishops to laity, the exhibit shows the struggles within the Church over segregation and the fortitude of those who were willing to risk much for what they considered to be a moral cause.