"The Catholic Church and the Negro in the Archdiocese of Chicago" 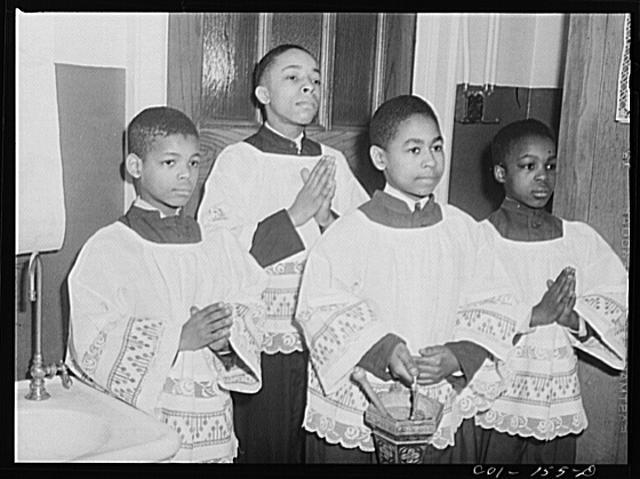 Altar boys in Chicago
Courtesy of the Library of Congress

Beginning nearly at the time of the first Catholic arrivals to the United States, the Church had seen the African American population of the nation as a mission field by converting and providing social services to them. Such ideals were carried over into the 20th century, particularly in northern metropolises. With the strictures of Jim Crow, African Americans moved en masse to northern states, often causing conflict with established residents in some cities, such as Chicago and Philadelphia.

As conflicts and opinions about the African American population in Chicago abounded, the Archdiocese of Chicago initiated a study to determine what was fact. In 1960, a clergy conference in the archdiocese was held and the results of this study were presented in four papers under the general title of “The Catholic Church and the Negro in the Archdiocese of Chicago.” Each was authored by a pastor of a church in the archdiocese, with the final section, “The Mantle of Leadership,” written by Archbishop Albert Cardinal Meyer, referring to attempts by the Church to convert African Americans in metropolitan areas as “the most necessary, and the most fruitful apostolate of the Church in urban America in our century,” while warning his priests “against regarding the Negro solely as an object of conversion. We must never lose sight of his needs as a human being, his legitimate desire to be accepted with dignity into the fabric of society generally, as well as into the Church.” 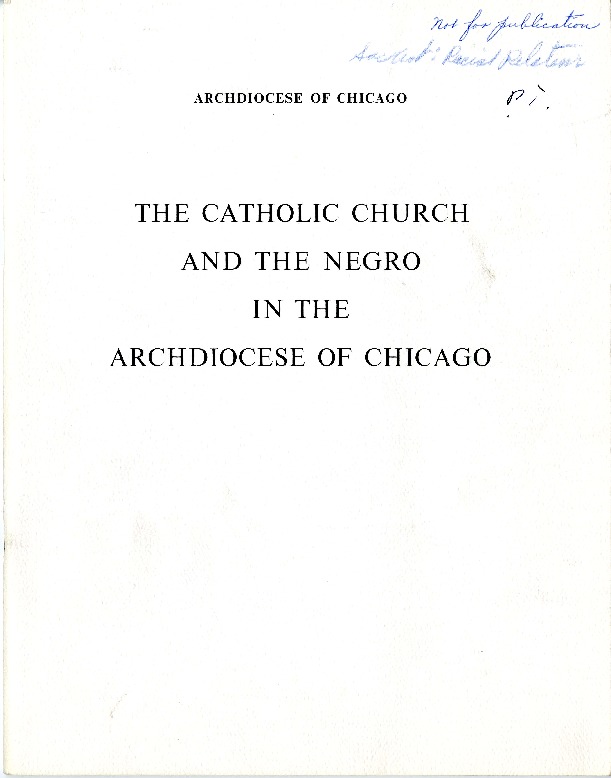 One paper in the conference addresses the growth of the African American population in Chicago, from just over 30,000 in 1893 to approximately 750,000 in 1960, changing the racial makeup of many parishes that had once been predominantly white. The report described the hope that some white parishioners would begin to stay in neighborhoods with African Americans to create more stable parishes. The second report on conversion among African Americans cited ways that local churches can reach out to new African American neighbors or to those who have been in the area for a substantial amount of time. In the final report, the attitude of African Americans toward the Church is discussed, with points made about what African Americans want and how the Church is uniquely qualified to provide much of what is needed. A major metropolitan diocese, therefore, had taken a step toward bridging the gap between itself and minorities through advocacy of civil rights while seeking to attract new members to its pews.

1. What do the authors hope to accomplish through these reports?

2. What seems to be the overall tone of the papers as presented?

← "Racial Discrimination and the Christian Conscience"
Next Page: