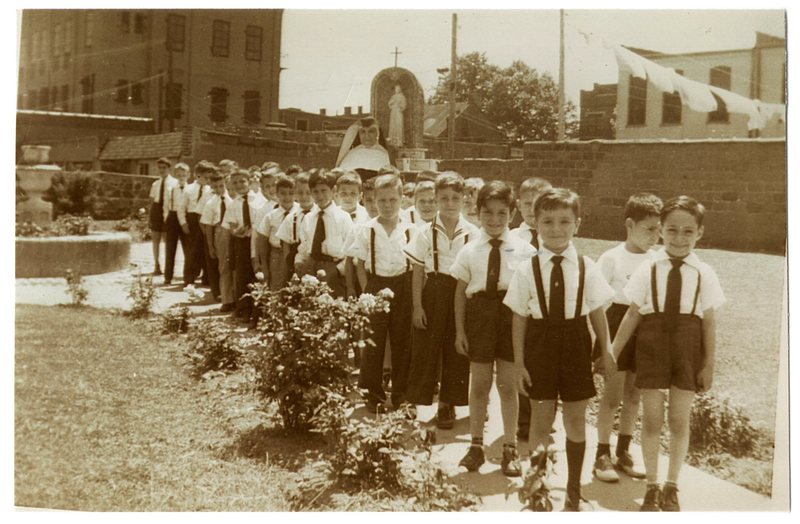 The story of Catholic schools in twentieth-century America reads like a typical Bildungsroman, or coming-of-age narrative, complete with early adversity, existential crisis, and character transformation. The 1960s were a turning point. In her 2020 book American Catholics: A History, Leslie Woodcock Tentler reports that, in the aftermath of Vatican II, “The number of Catholic schools nationally decreased by 24 percent between 1965 and 1975, while enrollment fell even more dramatically—by 35 percent.” [1] Books with titles like Are Parochial Schools the Answer? (1964) and S.O.S. for Catholic Schools (1970) started to appear. Launched in 1973, the Catholic Schools Week campaign endeavored to course-correct. Throughout the latter half of the twentieth century, Catholic schools engaged in much introspection and gradually emerged from their mid-century crisis by reimagining their mission.

This exhibit explores the history of Catholic schools at the elementary and secondary levels between the 1890s and the 1990s. Intended as an introductory overview, it picks up four threads that run throughout the history of America’s second-largest school system: the construction of Catholic school identity, the rulings of the Supreme Court, the pivotal role of sister-teachers, and the pattern of service to the disadvantaged.