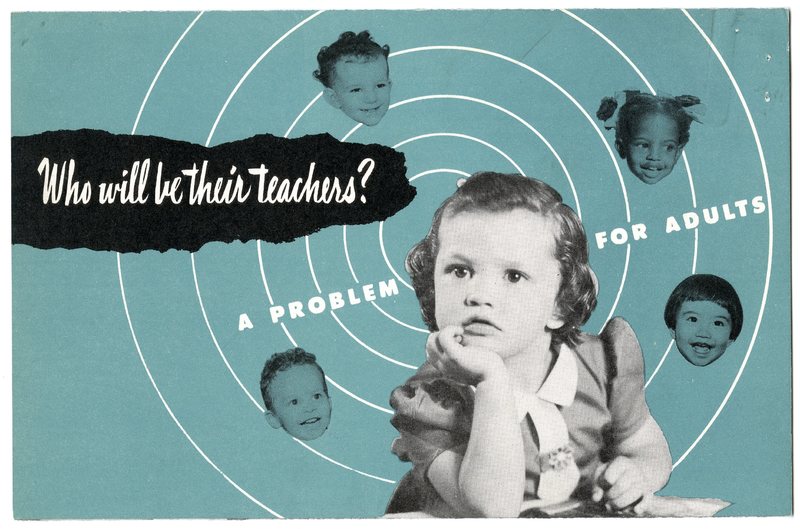 Brochure published by the Sisters of Loretto, one of the oldest teaching sisterhoods in America, ca. 1951.

Reading through histories of Catholic education written in the latter half of the twentieth century, it is not difficult to find blanket acknowledgements of the importance of sister-teachers to the development of America’s second-largest school system. Writing in 1959, Neil McCluskey notes: “The hundreds of teaching sisterhoods have traditionally furnished the faculties of the American parochial schools.” [29] Timothy Walch, writing in 1996, likewise points to “the steady supply of devoted sister-teachers who were the backbone of the parish school system for nearly 125 years.” [30]

It is significant, however, that such appreciations of sister-teachers postdate the Sister Formation Conference (established in 1954), which began as an informal movement under the National Catholic Educational Association (NCEA) in the 1940s. The movement was designed to give women religious more opportunities for intellectual and professional development, analogous to those enjoyed by their male counterparts.

This exhibit will focus on the history of sister-teachers to the exclusion of other religious teachers who also taught in Catholic schools—i.e., brothers and priests. While there were such things as teaching brotherhoods, they existed “to a lesser extent” than the teaching sisterhoods. [31] At the end of the day, few would argue with Walch’s assertion that “No group made greater sacrifices for Catholic parochial education than did women religious.” [32]

← Catholic Schools and the Supreme Court
Next Page:

Before the Sister Formation Conference →