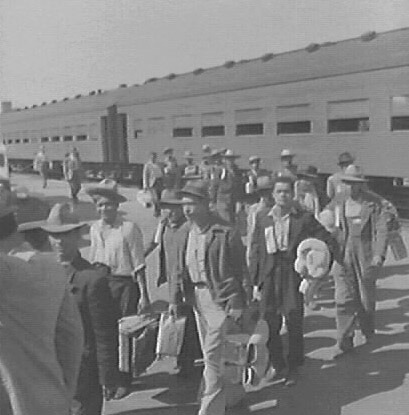 The First braceros arriving in the U.S., 1942
Courtesy of Oakland Museum of California

The quota system established by the 1924 Johnson-Reed Act remained in place for nearly three decades. During the Great Depression of the 1930s, both Congress and American Catholic leaders were more interested in the problems of unemployment than in immigration. With the start of World War II, however, the question of immigration was raised once more, especially in regard to the refugee crisis in Europe. Closer to home, however, American farmers were experiencing a severe labor shortage. In response, Congress introduced a guest-worker program in 1942. Beginning in September of that year, five hundred Mexican laborers were given temporary admittance to the United States in return for agricultural labor.

These workers, who came to be known as "braceros," worked primarily as seasonal farmhands in southern and southwestern states. Over five million braceros labored in 24 states during the course of the guest-worker program, which was discontinued in the early 1960s.1 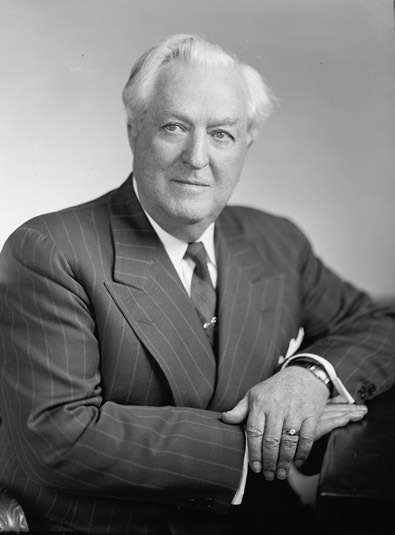 Senator Pat McCarran, 1947
Courtesy of the Library of Congress

In 1947, Congress launched a comprehensive review of America's immigration laws. The review culminated with the passage of the McCarran-Walter Bill in the summer of 1952. Known as the Immigration and Nationality Act, the 1952 legislation revised and restructured immigration policy in the United States. Although it was originally vetoed by President Truman in June of 1952, Congress quickly overrode his veto, by a margin of 278 to 113 in the House of Representatives and 57 to 26 in the Senate. The Immigration and Nationality Act was the first major piece of legislation on immigration since the 1924 National Origins Act that established the quota system. Like its predecessor, the McCarran-Walter Act reaffirmed the use of quotas. The new legislation, however, established a preference system for determining priority of admission for each quota.

According to this preference system, immigrants with valuable professional or job-related skills were given priority over unskilled laborers. Family reunification was also emphasized. In other words, 50% of a country's quota was reserved for people with special skills or training that were deemed beneficial to the United States. The next 30% of the country's quota were reserved for parents and adult children of U.S. citizens. The final 20% of the quota went to the spouses or unmarried children of permanent residents. 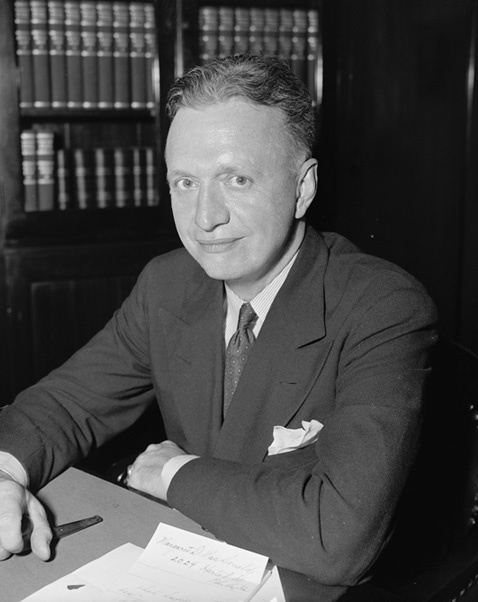 Senator Francis Walter, ca. 1939
Courtesy of the Library of Congress

Opponents of the McCarran-Walter Act objected to the bill because it maintained the quota system for immigration. Like the opponents of the 1924 Johnson-Reed Act, those who opposed the McCarran-Walter Act argued that the quota system was an unjust, racist, un-American, and even un-Christian policy. An editorial for the popular Catholic magazine America, for example, stated: "that the McCarran bill is entirely out of tune with the Declaration of Independence and that it makes a mockery of the inscription on the Statue of Liberty. More than that, it flatly contradicts the basic concept of Christian brotherhood as proclaimed by St. Paul."3 Proponents of the 1952 legislation avoided discussing the racist undertones of the quota system. Instead, they countered criticism of the bill by emphasizing its economic and national security benefits.

These two sides of the debate over the quota system - whether or not it was a distortion of American values, and whether or not it helped keep America safe - were both products of Cold War politics. Those in favor of immigration restriction immigration warned that a more open immigration system would make it easier for communists to infiltrate the United States, which played on American fears of communism in the early years of the Cold War. One of the lead sponsors of the McCarran-Walter Act expressed this concern during the Congressional debates on the legislation: "Criminals, communists, and subversives of all descriptions are even now gaining admission into this country like water through a sieve."4 If criminals and communists were already infiltrating the country under the quota system, he claimed, liberalizing the immigration laws would only serve to aid America's communist enemies.

Those who favored a more liberal admission policy also used foreign policy as the basis for their arguments. Senator Herbert Lehman (D-NY), a fierce opponent of the McCarran-Walter legislation, stated that the racial philosophy that supported the bill was strikingly similar to the worldview espoused by Nazi Germany.5 Other critics referred to the legislation as "McCarran's Iron Curtain Bill," since, as one Washington Post article of the day noted, "it exposes foreign-born immigrants to the same police state tactics from which many of them fled."6 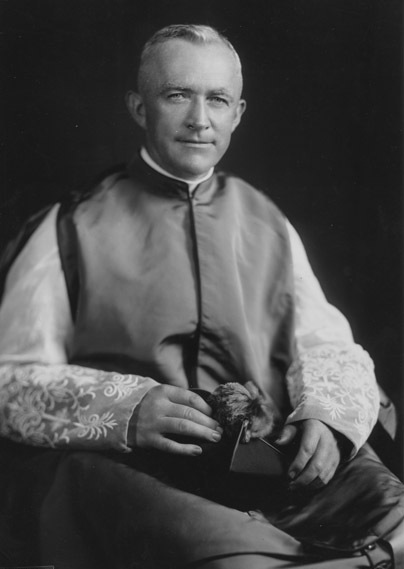 The National Catholic Welfare Conference decided to give its support to the McCarran-Walter bill out of practical concerns, despite its continuation of the quota system. The Conference believed that the 1952 legislation was an improvement over the status quo established in the 1924 Act, and was especially pleased with some of the changes introduced into the final version. The 1952 bill ended gender discrimination in immigration law, and also opened up naturalized citizenship to any citizen, regardless of race. After the bill's passage, the NCWC continued to advocate the passage of new legislation which would remove the quota from its central place in American immigration law.

The NCWC's pragmatic support for the McCarran-Walter Act was not shared by everyone in the Church. Msgr. John O'Grady, the General Secretary of the National Conference of Catholic Charities, was a particularly vocal opponent of the legislation. He argued that the continuation of the quota system was a racist approach to immigration that was entirely incompatible with a Christian worldview. Furthermore, he claimed that the restrictive immigration system would only help to alienate America's allies and undermine America's standing in the world. From this perspective, he believed it was imperative to oppose the McCarran-Walter Act because of the fundamentally flawed worldview on which it depended.

1Kitty Calavita, Inside the State: The Bracero Program, Immigration and the I.N.S. (New York, NY: Routledge, 1992).