American Catholic History Classroom > Exhibits > The U.S. Conference of Catholic Bishops and Immigration > Documents > "An Act to Limit the Immigration of Aliens into the United States," May 26, 1924

"An Act to Limit the Immigration of Aliens into the United States," May 26, 1924 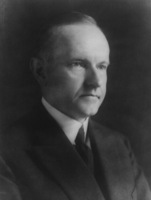 President Calvin Coolidge, 1923
Courtesy of the Library of Congress

The 1924 Immigration Act was sponsored by Representative Albert Johnson (R-Washington) and Senator David Reed (R-Pennsylvania). It proposed an alteration to the system enacted in the 1921 Emergency Quota Act, (see here) by reducing the total immigration quotas (from 3% of a given nationality to 2%) and by changing the basis for the calculation of the quotas from the 1910 census to the 1890 census. It also included a perpetuation of the prohibition against Asian immigration contained in the 1882 Chinese Exclusion Act. The Johnson-Reed bill passed with strong congressional support, and was signed into law by President Calvin Coolidge on May 26, 1924. The text of the Act given here contains language that partly answers the protests of the NCWC, but still legislated huge restrictions on the immigration of Catholics from southern and eastern Europe. 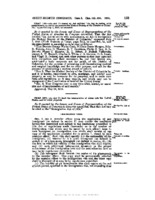 An Act to Limit the Immigration of Aliens into the United States, May 26, 1924