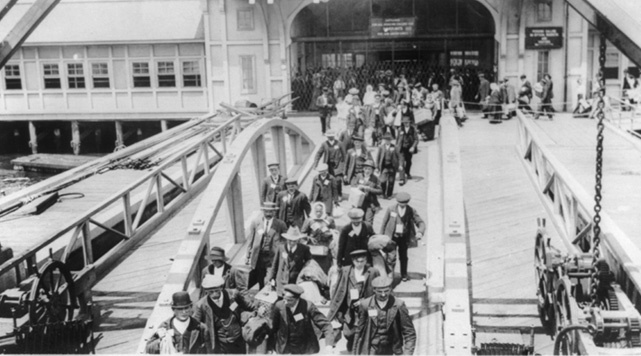 Immigrants arriving at Ellis Island
Courtesy of the Library of Congress

As a follow-up to the meeting of November 10 (see document "Resume of Conference Called by Father Burke," found here), Burke wrote this list of actions that the NCWC should take promptly in order to care for new Catholic immigrants arriving at the nation's eastern ports. The Church's ability to care for new arrivals had been severely strained in the early part of the twentieth century due to the flood of Catholic immigrants from Eastern Europe. The steps outlined in this document provide a picture of the centralization of immigrant care, relieving local parishes and dioceses of much of the pressure associated with an influx of immigrants. The new Bureau of Immigration would not only organize resources for the care of immigrants, but it would also serve as the primary contact between the NCWC and governmental bodies charged with enforcing immigration legislation. 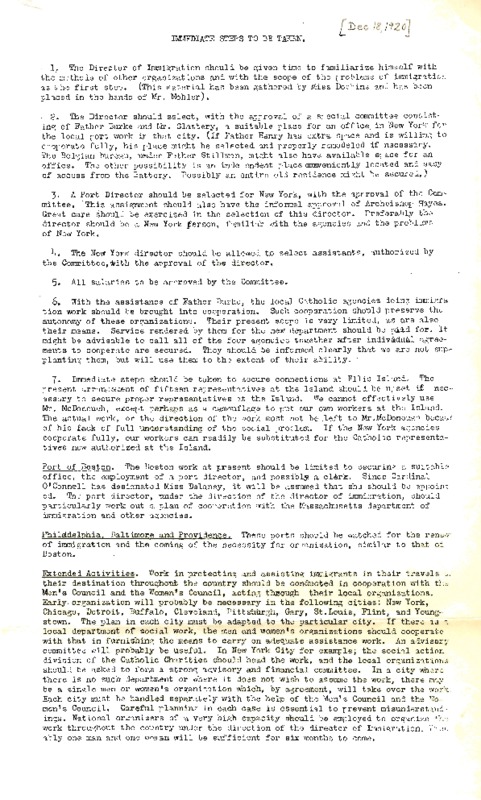 "Immediate Steps to be Taken"