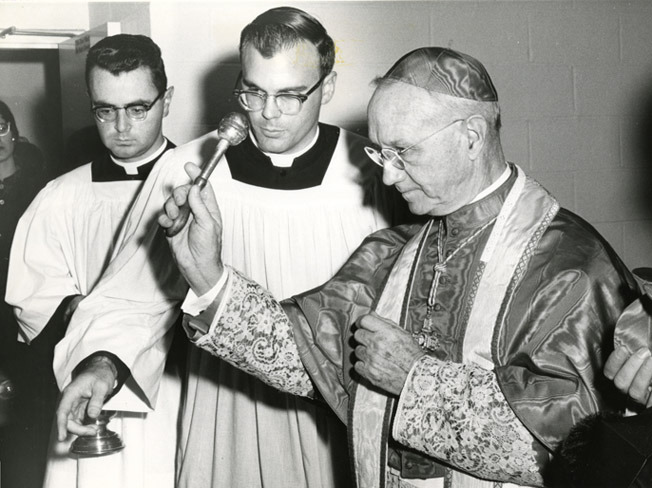 Archbishop Joseph E. Ritter was a progressive advocate of racial integration in the Diocese of Indianapolis and later in the Archdiocese of St. Louis, as well as a proponent of immigration reform. Ritter initiated a series of meetings in early 1952 for "interested Catholic groups" to discuss the need for reformed immigration laws. The meetings were sponsored by the NCWC in Washington, and called for major amendments to the proposed McCarran-Walter bill. When the bill passed Congress in June 1952, however, Archbishop Ritter believed that it had the support of the NCWC, despite what he considered its un-Christian approach to immigration. In his letter to Msgr. Howard Carroll, the General Secretary of the NCWC, he questions that organization's support for the legislation. In the absence of Carroll, Msgr. Paul Tanner, the Assistant General Secretary, wrote a response to Ritter, outlining the NCWC position on the McCarran-Walter Act, and describing the history of NCWC's involvement with the new legislation. 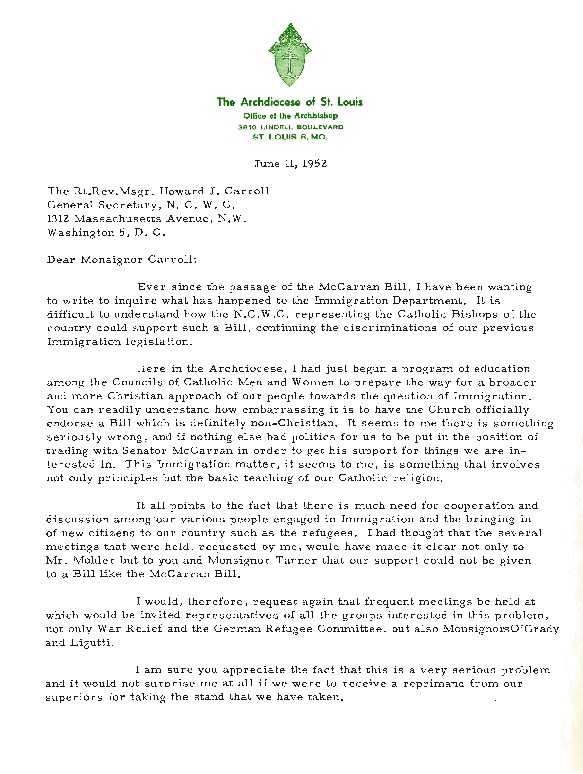 Letter from Ritter to Carroll and reply by Tanner