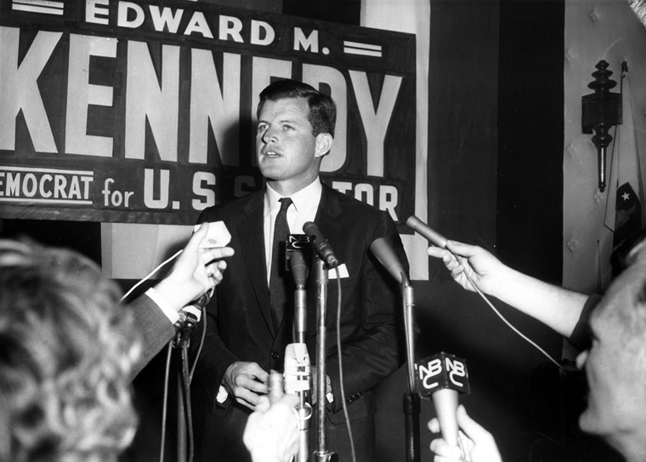 The passage of the 1965 Immigration Act was a watershed event in American Catholic history. The legislation, supported by politicians such as Senator Edward Kennedy (D-Massachusetts), finally eliminated the last remnants of the national origins quota system; many Catholics viewed this as a victory over the anti-Catholic sentiment of the earlier legislation. The new Act, however, had problems of its own, and opposition to some of its provisions arose almost immediately. In this memo to the secretary-general of the NCWC, John McCarthy, the director of the NCWC's Department of Immigration, discusses the biggest problem with the new bill, and advises Paul Tanner on the steps being taken to resolve the matter. 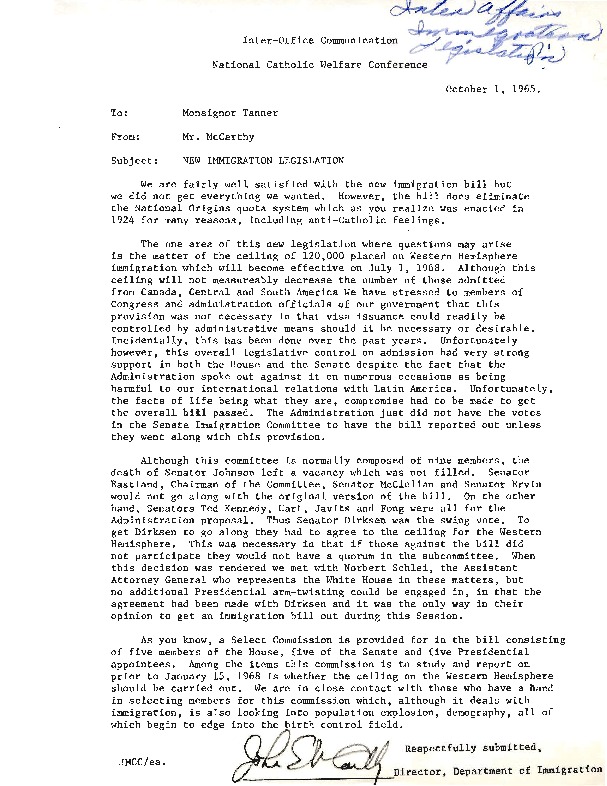