William F. Montavon, "Shall the National Origins Law be Enforced?" N.C.W.C. Bulletin, May 1929 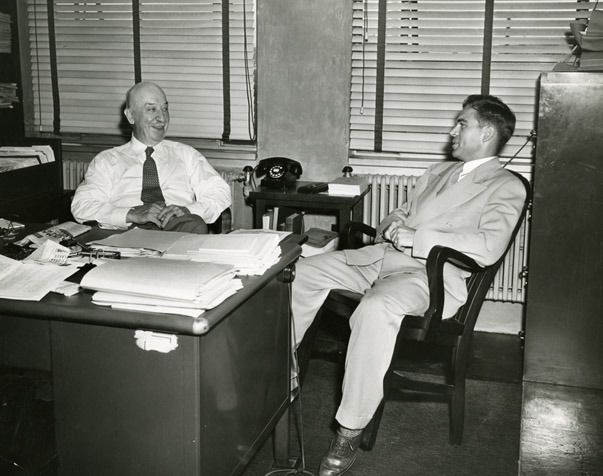 Although the Johnson-Reed Act was passed in 1924, the national origins quota designated in the Act was delayed in taking effect until 1927. Opposition to the Act, however, led Congress to twice postpone effective date of the legislation. In 1929, when the application of the clause was finally about to commence, William Montavon, the director of the Legal Department at the NCWC wrote this essay for the NCWC Review. In it, he examines the legislative origins of the Johnson-Reed Act, including the personalities and political fights that shaped the purpose of the national origins clause. 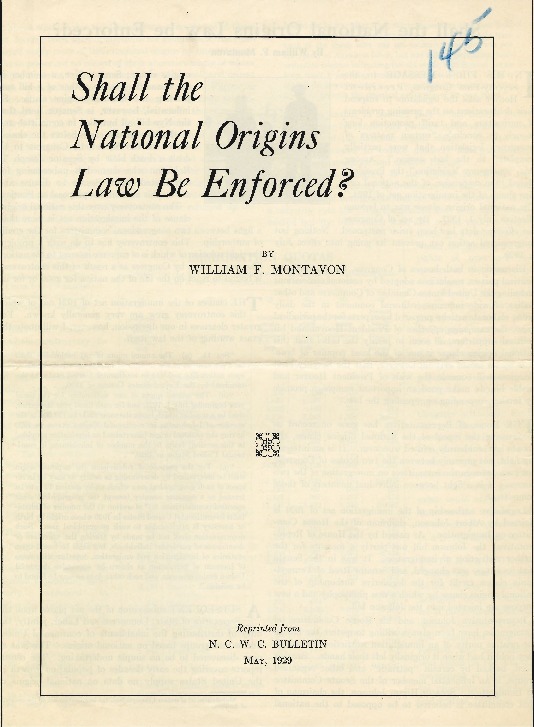 "Shall the National Origins Law be Enforced?"