NCWC Protest to Congress Against the 1924 Immigration Bill, January, 1924 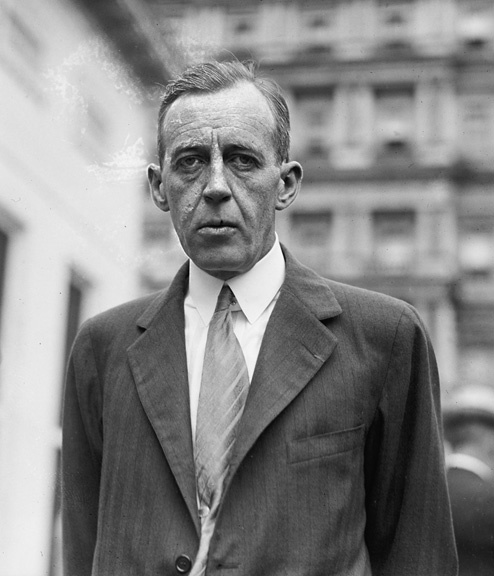 Senator David A. Reed, 1922
Courtesy of the Library of Congress

The Immigration Act of 1924, also known as the Johnson-Reed Act, made immigration restriction based on national origins quotas a permanent policy, rather than an emergency measure as intended by the 1921 Act. The legislation limited immigration to 2% of national groups already established in the United States, but pushed back the basis for the quotas to the 1890 census (the 1921 Act had been based on the 1910 census). It also specifically prohibited immigrants from most of Asia, including China, Japan, Korea, Vietnam, India, Thailand, etc., on the grounds that Asians were not eligible to become naturalized citizens under the Chinese Exclusion Act of 1882. While the legislation was still under consideration by the House Committee on Immigration, the NCWC sent this document to the Committee to protest the "principle or purpose underlying the bill." 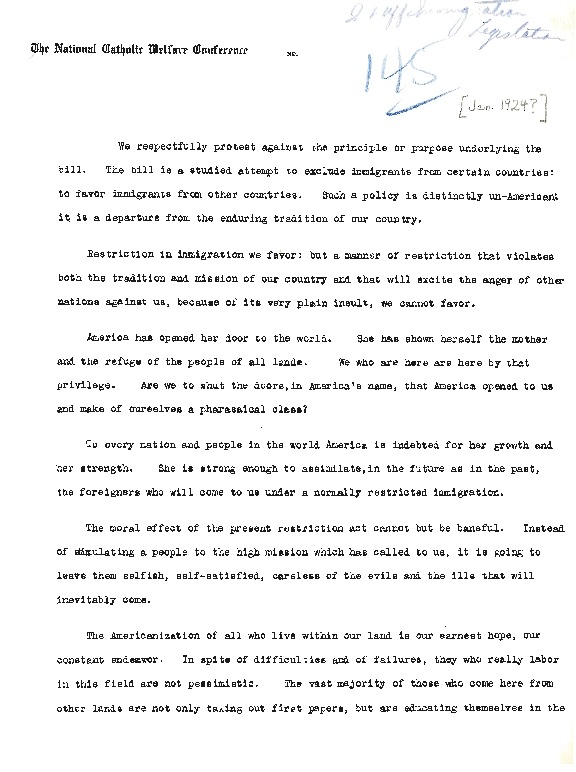 NCWC Protest to Congress against the 1924 Immigration Bill

Letter from Bruce Mohler to House Committee on Immigration and Naturalization, January 7, 1924 →