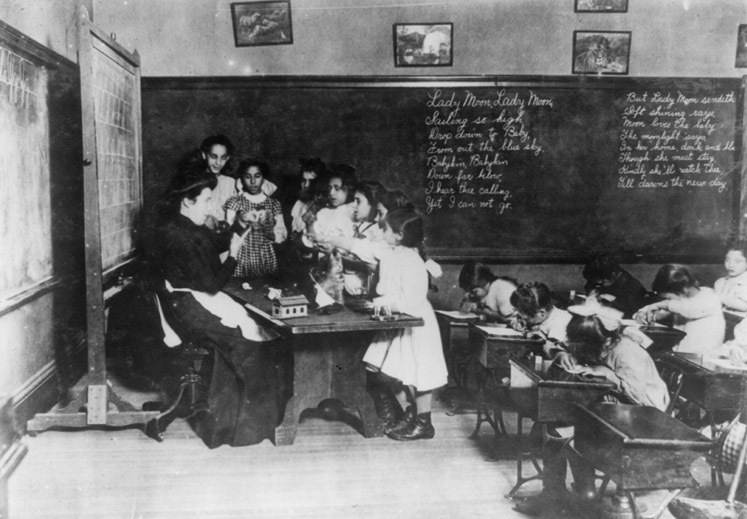 Immigrant children attending school in Boston, 1909
Courtesy of the Library of Congress

The American Catholic Church faced several major issues in caring for Catholic immigrants to the U.S.: language differences, liturgical customs of specific ethnic groups, lack of access to baptismal and marriage records, for example, issues that affected the ability of immigrant Catholics to engage established parishes and communities. One of the purposes of the NCWC's Bureau of Immigration was to ease the transition and provide better resources for the immigrants' engagement with their communities. This document from the Boston Catholic Charities Bureau describes the process of the Immigrant Welfare department in arranging for the care of Catholic immigrants. It provides an important glimpse of the actual functioning of immigration programs in the early 1920s. 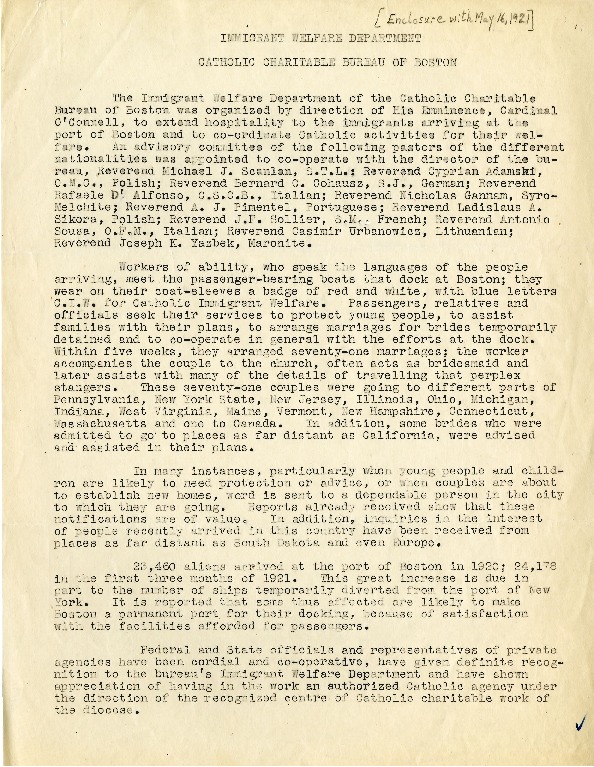