Letter from Bruce Mohler to House Committee on Immigration and Naturalization, January 7, 1924 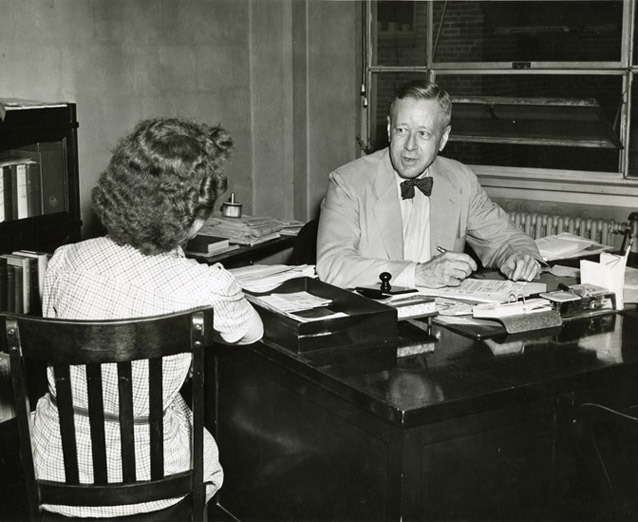 The NCWC's objection to the 1924 Johnson-Reed Immigration Bill did not end with the formal protest of the general principles underlying the bill (see NCWC Protest to Congress). The Director of the Bureau of Immigration, Bruce Mohler, sent a separate letter to the House Committee on Immigration, which contained a point-by-point analysis of the bill and suggested changes to the wording, changes that would make it less restrictive and less exclusionary. Several of Mohler's suggested changes to the language of the bill were incorporated in the final 1924 Immigration Act that was passed by Congress (read the full text of the Act here.) 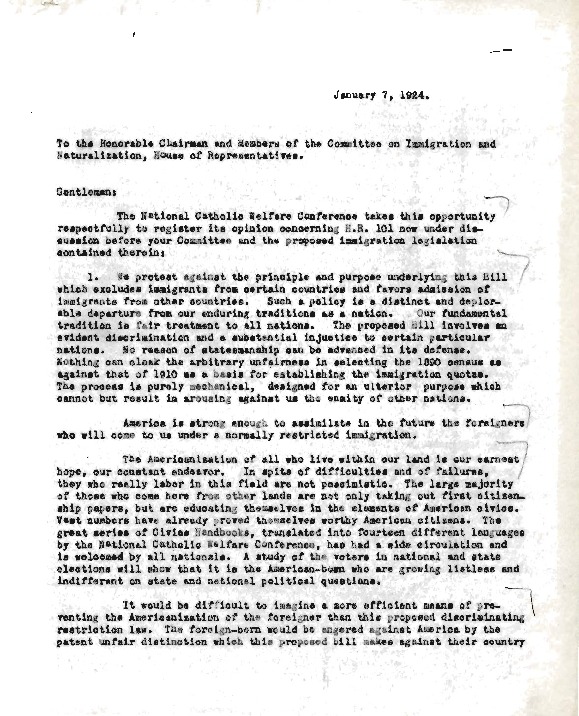 Letter from Mohler to the House Committee on Immigration and Naturalization

← NCWC Protest to Congress Against the 1924 Immigration Bill, January, 1924
Next Page: