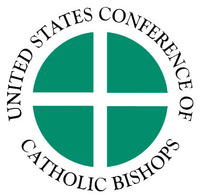 The abolition of the "bracero" program did not abolish the demand for unskilled agricultural and industrial laborers. In order to meet this demand, many employers began hiring illegal immigrants, which encouraged more aliens to enter the country illegally. Congress passed legislation in the early 1980s that penalized employers for hiring illegal immigrants, trying to curb the growing numbers of illegal aliens. In response, the National Conference of Catholic Bishops issued this resolution in 1985, calling for new legislation that would provide a path to legal citizenship for undocumented immigrants.