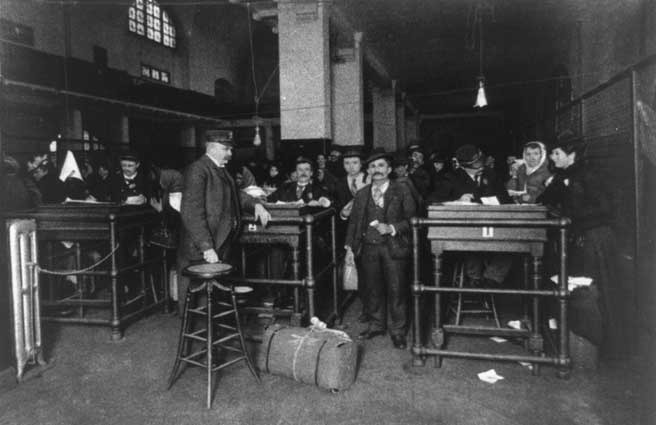 Immigration Officials at Ellis Island, 1902
Courtesy of the Library of Congress

After writing to W.W. Husband, the Commissioner-General of Immigration, Burke quickly received official recognition of the NCWC from the Department of Labor. As a result, C. M. Depuy, an Immigration Inspector at Ellis Island, wrote to Burke to acknowledge the new standing of the Catholic organization. This brief note invites the NCWC representatives to join the other official agencies on Ellis Island, and gives instructions for their arrival. 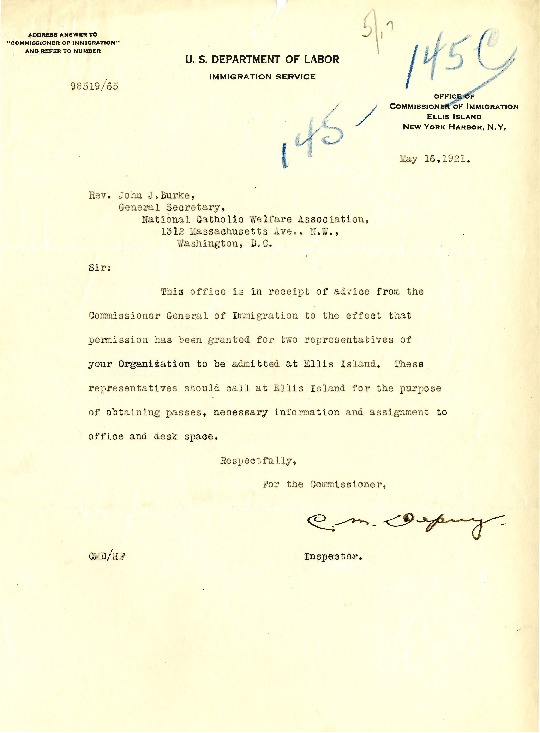 Letter from Depuy to Burke