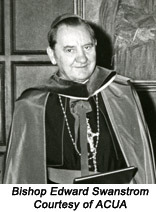 In late 1965, Congress passed the Immigration and Nationality Act that abolished the national origins quota system which had been established in 1924. The pending changes to the U.S. immigration code necessitated organizational changes in the various offices of the NCWC that deal with immigration and refugees, so that they might be ready to cope with any influx of immigration that the new law would bring. Edward Swanstrom, the author of this memo, had long been committed to pushing for changes in the immigration code. During World War II, the U.S. Bishops appointed him director of War Relief Services, an organization founded to assist war refugees and displaced persons. After the war, Swanstrom continued as executive director of Catholic Relief Services and was instrumental in aiding displaced persons. By the time of this letter to his staff in 1965, Swanstrom had been elevated to the auxiliary bishop of New York. This letter discusses the restructuring of the NCWC's offices in preparation for the passage of the 1965 Immigration Act. 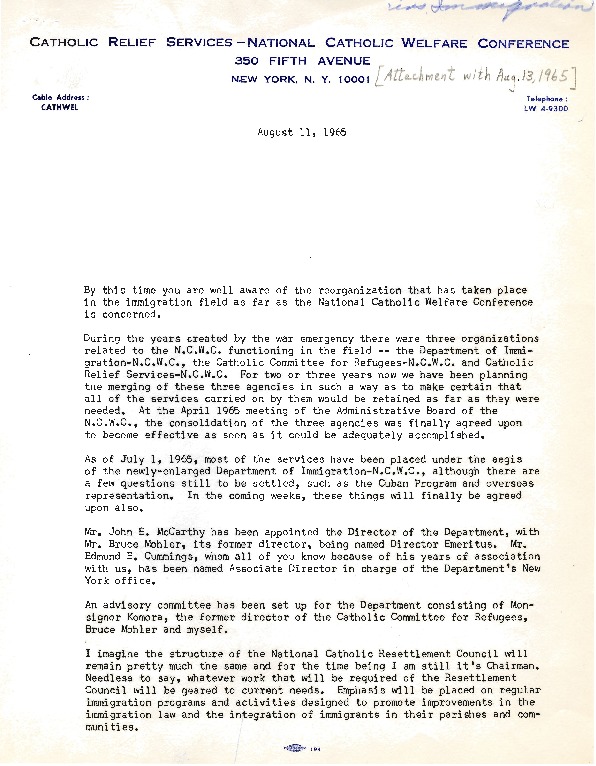