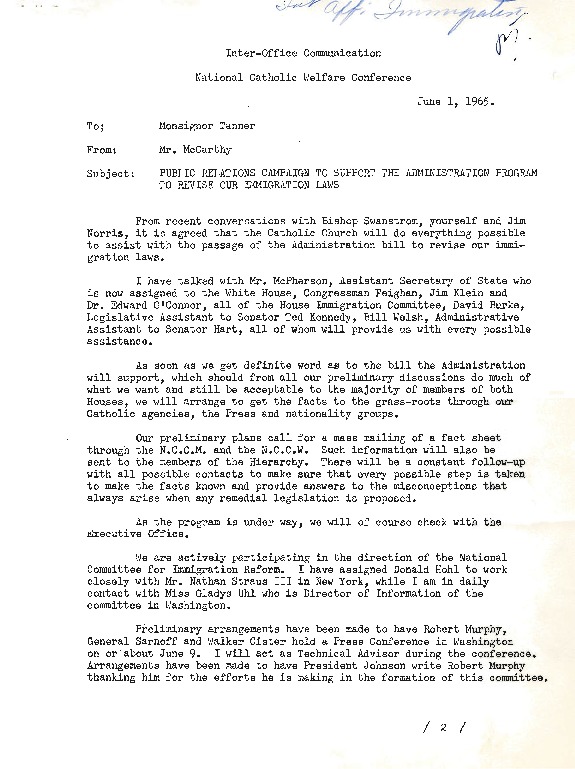 John McCarthy, the director of the new Department of Immigration at the NCWC, wrote this memo to Msgr. Paul Tanner, the secretary-general of the NCWC, summarizing recent conversations about the American Catholic Church's support for the proposed immigration legislation of 1965. This memo discusses the NCWC's plans for a publicity campaign to raise support for immigration reform among members of Congress and in the general public.

← Emmanuel Celler and Philip Hart, "A Bill to Amend the Immigration and Nationality Act, and for other Purposes," 1965
Next Page: