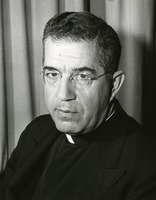 As the secretary-general of the NCWC, Paul Tanner had overseen the reorganization of the Department of Immigration and other changes to the department brought about by the passage of the 1965 Immigration Act. In this letter to an unnamed member of the Catholic hierarchy, Tanner discusses some of these changes, and speculates about the effect of these changes for members of religious orders. 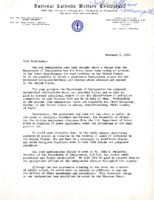