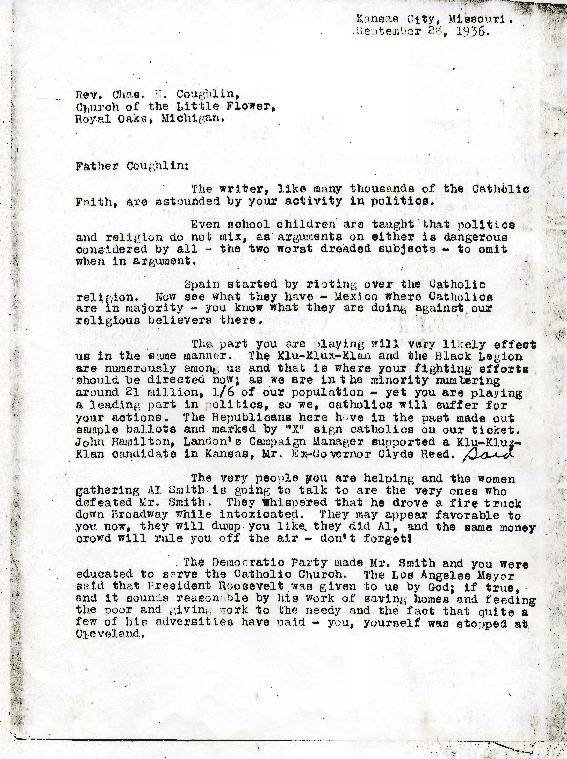 As Coughlin campaigned for Union Party candidate Lemke, his accusations against President Roosevelt grew more vehement and more strident. Coughlin believed that the president and most of his administration officials were sympathetic towards communism, if not outright communists themselves. He also charged both the Republican and Democratic parties with corruption and ineffectiveness. The September Democratic primaries in Michigan and Massachusetts proved the influence of Coughlin's National Union for Social Justice (NUSJ), and made him bolder and more confident in his denunciations. Correspondence flowed in to him, including this letter from an anonymous Kansas City, Missouri Catholic. The writer here takes Coughlin to task for involving himself in politics rather than attending to the duties of his parish, and accuses Coughlin of causing a surge in anti-Catholic sentiment through his mixing of politics and religion.