FDR to Ryan and Response from Ryan to FDR 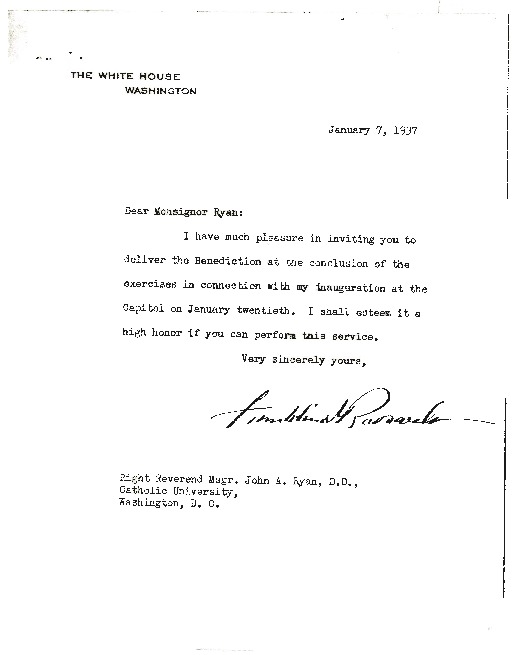 President Roosevelt's gratitude towards Father Ryan for his continuing support was manifested in this letter in which Roosevelt invites Ryan to give the benediction at his second inauguration. Ryan accepted this high honor, hoping that God would bless the efforts of the president and his administration as he sought to make social and economic reforms.