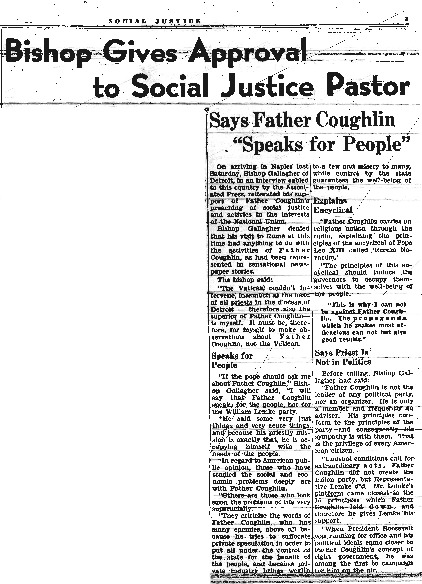 A week after Bishop Michael Gallagher expressed "disapproval" of Coughlin's language but refused to censure him, speculation continued that Gallagher had been summoned to Rome specifically because of Coughlin's behavior. In an interview in Italy, the bishop once again defended both Father Coughlin's right to involve himself in political discourse and his good work in spreading the teachings of the Church on social and economic matters. Gallagher denied that any controversy existed between himself and Coughlin over the matter of his politics. His expression of solidarity with Coughlin--he even commended Coughlin for giving voice to the "great good" against the perils of communism--remained the official position of the Diocese of Detroit throughout the 1936 election campaign.