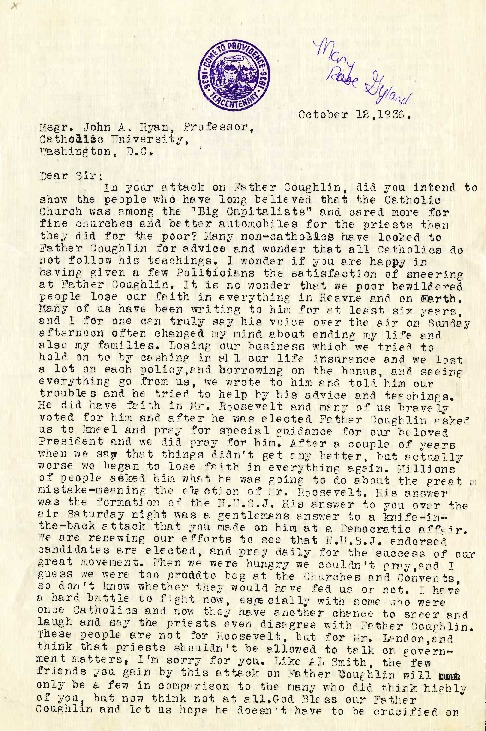 The letters from Jessie Horton, E. Doskey, and Mrs. Caskey, which are critical of Coughlin/or supportive of Ryan's "Safeguard" speech, were among the minority of mail responses Ryan received. This letter, on the other hand, represents the majority of the critical correspondence produced by Coughlin's followers. It is from a Mary Rose Hyland of Providence, Rhode Island, whose admiration for Coughlin and his National Union for Social Justice (NUSJ) were grounded in the belief that only Coughlin among the nation's leaders cared about the financial hardship she and her family had experienced. Her letter clearly expresses resentments that some working-class Catholics felt toward a clergy they perceived as insulated from the economic deprivations of the Depression.