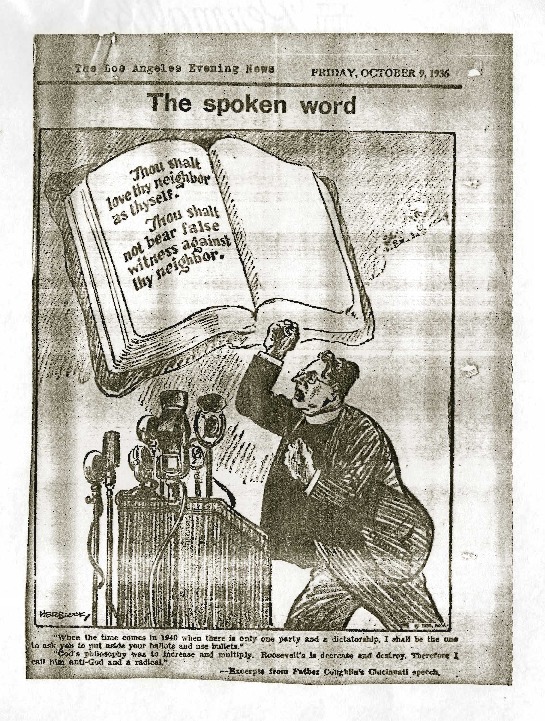 Father Ryan's "Safeguard" speech was not the only public response to Coughlin's hysterical claim; Coughlin was frequently attacked in the media. In this cartoon, published the day after Ryan's speech, Coughlin is satirized as a screaming fanatic whose positions are absurdly inconsistent with his role as a priest. It contains some quotes by Coughlin against Roosevelt. This cartoon was included in an anti-Coughlin letter sent to Father Ryan after the "Safeguard" speech.

As you view the cartoon, reflect on the following questions: