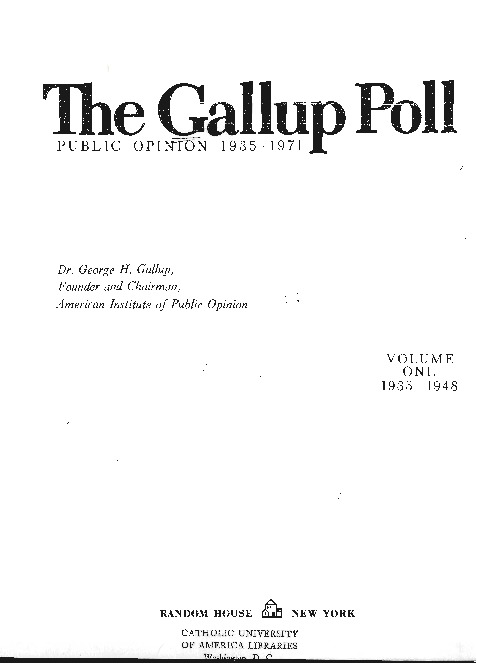 The information in this poll covers a whole range of political issues throughout 1936. The responses are broken down to show numbers based on such criteria as region, political affiliation, religion, gender, and other "special groups." Under the November 2 results, the results of the poll concerning the presidential election are compared with the Literary Digest final poll. Gallup's forecast that Roosevelt would win re-election proved to be correct.