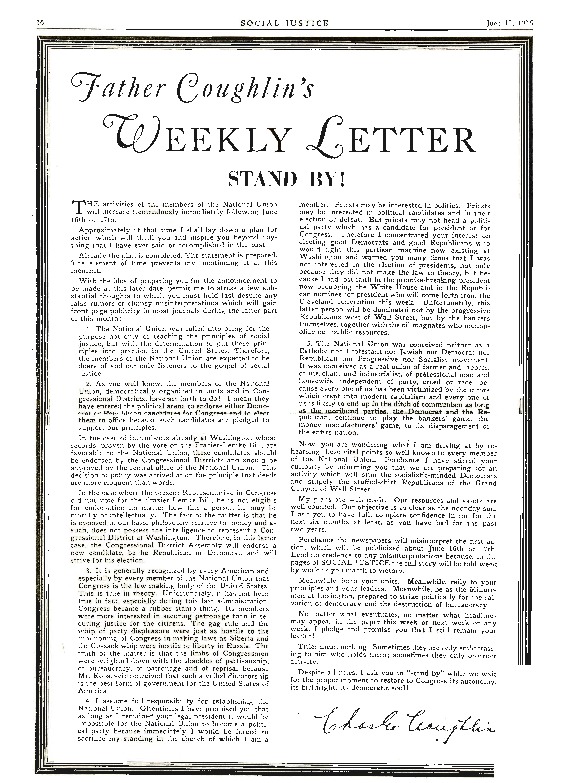 By late 1935, Father Coughlin's break with the Roosevelt administration and the New Deal was irrevocable. Throughout the early months of 1936, and especially after the defeat of the Coughlin-backed Frazier-Lemke bill, Coughlin's radio broadcasts and weekly letters in the NUSJ's magazine Social Justice became increasingly hysterical in their denunciations of what he saw as communism and corruption in Washington politics. By June of that year, rumors ran rampant that Coughlin would announce the formation of a third party to challenge the Roosevelt administration in the presidential election. In Coughlin's June 12 letter in Social Justice, he asserted that a priest had no business acting as head of a political party. Priests, he asserted, could be interested in politics and in the election of specific candidates, but could not head a political party. This letter anticipated the announcement of the formation of the Union Party during Coughlin's June 19th broadcast, during which he endorsed William Lemke as presidential candidate.

← The Message of the Encyclicals for America Today
Next Page:

Speech at the Townsend Convention in Cleveland →