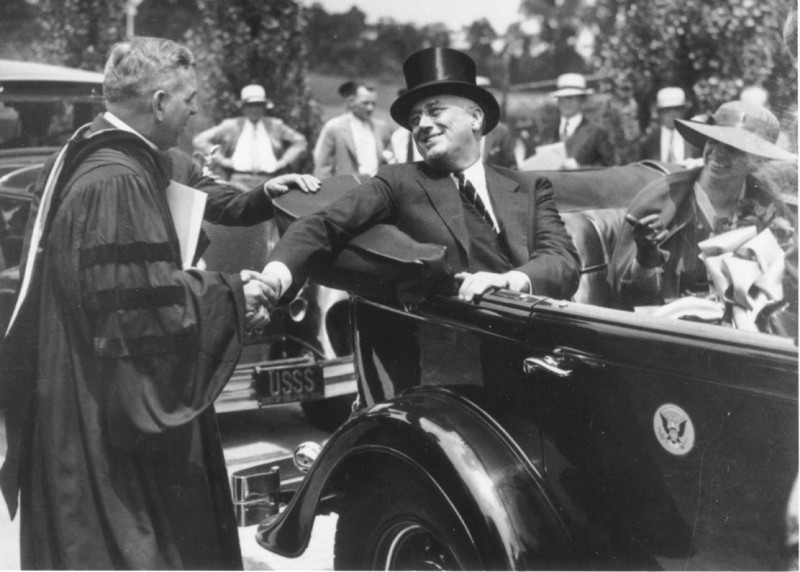 Father Ryan finally spoke out in political support of President Roosevelt on October 8, 1936. This speech, "Roosevelt Safeguards America," was given at the request of his friends on the Democratic National Committee, and was concerned primarily with rebutting the accusations that Roosevelt and members of his administration were communists, or at least favorably disposed toward communism. Ryan rejected this allegation as a blatant lie. At the request of the president, Ryan also directly responded to Coughlin's economic ideas and political activities, claiming that Coughlin's monetary theories were 90% incorrect. Ryan drew heavily from his knowledge of the papal encyclicals in his rebuttal of the communist charge, noting the Roosevelt's policies were more consistent with papal teachings than with radical political philosophies. He argued that the inequalities of American society and the injustices of the American economy were more dangerous than any communist or fascist threat, and ended his broadcast by calling for all working Americans to lend their active support to re-electing President Roosevelt.

Ryan asserted that the speech was not intended to be political, but rather a moral discussion of "certain political events," a defense of the truth that the President was not, nor ever had been, a friend of communism. Despite this, Ryan was heavily criticized for what was viewed as a political speech. The printed copies, which were distributed by the Democratic National Committee following the broadcast, included a disclaimer that Ryan was speaking as a private individual, and neither Catholic University nor the National Catholic Welfare Conference for whom he worked bore any responsibility for his actions or opinions. Click the item at right to listen to the speech.