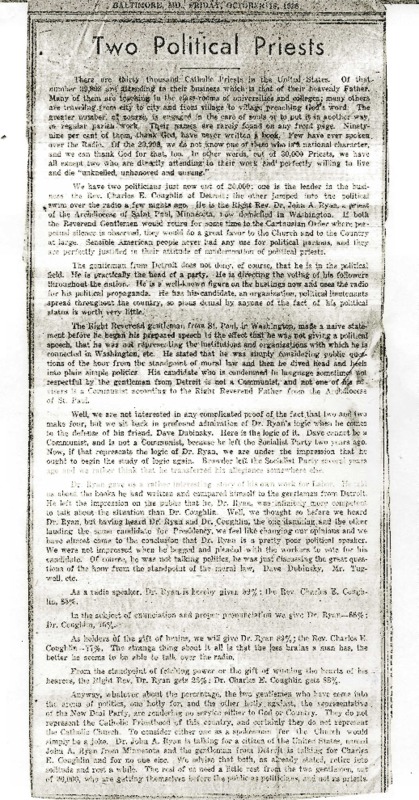 Catholic publications around the nation commented on Ryan's speech. While a great many of them praised Ryan for his stand, citing his erudition and competence in economic matters and his familiarity with of the encyclicals, other publications chastised Ryan for involvement in partisan politics and his public dispute with another priest. This editorial appeared in the Catholic Review in Baltimore, a widely influential diocese, a week after Ryan's "Safeguard" speech. Condemning both Ryan and Coughlin for their politicking, it recommended that both of them ought to focus on their duties as priests instead of becoming politicians. The anonymous writer emphasized the fact that neither priest represented the voice of the whole American Church, and suggested that their wrangling was damaging to the reputation of the Church as a whole.

← The Spoken Word
Next Page: