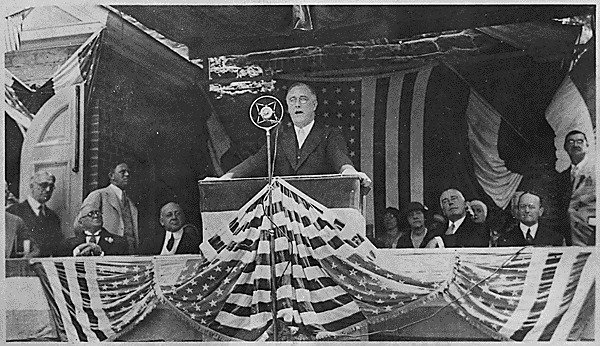 View a transcript of Roosevelt's speech at: The American Presidency Project.

Roosevelt seized the opportunity to respond to Coughlin's charges that he was a communist at the New York State Democratic Convention in 1936. Speaking on the historic contrasts between the Democratic and Republican parties, he discussed the continuing task of preserving democracy by pursuing social justice. Roosevelt strove to discredit "false issues" raised by his opponents, and although he did not mention Father Coughlin by name, this speech was a clear response to Coughlin's anti-Roosevelt broadcasts and particularly to Coughlin's speech at the Townsend Convention in Cleveland in July.

← Speech at the Townsend Convention in Cleveland
Next Page: